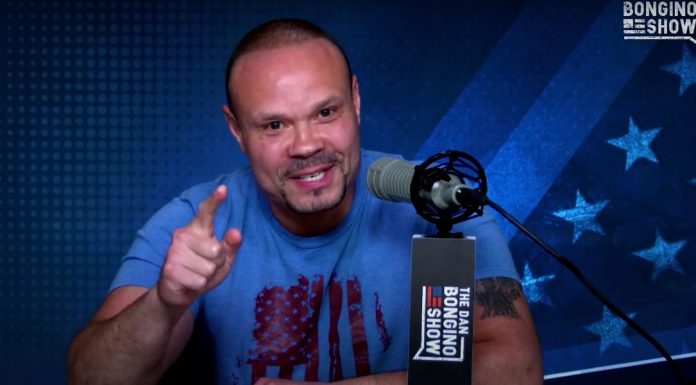 Silicon Valley elites have gotten away with silencing and eradicating any opposition to the Left’s narrative for too long.

People are standing up to Big Tech’s monopolistic control.

Now YouTube is crying in the corner after Dan Bongino goes absolutely ballistic on them for deleting his page.

Remember the days when freedom of speech used to be cherished by all in our nation.

Well those days are long gone.

With the rise of the Big Tech monopolies, they nearly have complete control over the free flow of information to the public.

According to a Pew Research poll from last year, over half of the American population gets their news from social media and YouTube.

The failure of Congress to stop Big Tech’s collusive and anti-competitive business practices has given leftists in Silicon Valley far too much power.

Who would’ve thought they had the ability to completely block the President of the United States from communicating with the American people.

And throughout the past 14 months they have done nothing but silence conservatives who poke holes in the Left’s narrative.

Dan Bongino is among the latest victims of Silicon Valley’s crusade against the truth.

Bongino has been posting videos on YouTube that spread the truth about COVID-19.

They claimed, “We removed a video for violating our policies on COVID-19 misinformation, specifically for comments that masks are useless, resulting in a first strike on the channel.”

Obviously Bongino was pissed off and he didn’t hold anything back against YouTube.

Bongino posted his response on Twitter stating, “So here’s my deal to you, and there will be NO negotiation. After your ‘suspension,’ I will immediately post content questioning why masks have been totally ineffective in stopping this pandemic. I dare you to do something about it”

I guess they were waiting for an apology from us. But that’s not quite how it worked out for them. Here’s Dan’s email to “Coco” at YouTube telling them to plant a big wet kiss on his ass pic.twitter.com/4yFeprnr3Y