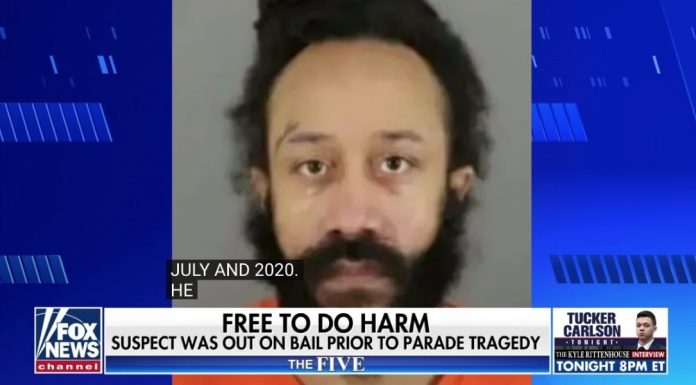 We are all horrified by the images of the deadly chaos caused by a guy plowing through a parade in the small town of Waukesha, Wisconsin.

And even though the Fake News Media is ignoring the story since it isn’t a mass shooting incident, the truth cannot stay hidden for long.

And your stomach will turn after what the terrorist in custody for the Waukesha holiday parade massacre admitted on video.

Some stories are just so horrific you wish they were just a bad dream only to realize that it’s reality.

And this story is one of those stories that make you sick to your stomach.

Over the weekend, the small town of Waukesha, Wisconsin was enjoying a holiday parade filled with kids and families getting excited for the weeks ahead.

But out of nowhere a Ford Escape drove through a police barricade and started plowing through dozens of people.

No matter how many people the car ran over, the driver kept driving and even looked like he attempted to hit little kids in the videos released.

Now we won’t show the videos of the horrific incident here but you can see them all over social media.

And as the bodies are being sorted and identified, the identity of the mass murderer has finally been revealed.

The thug hood-rat who by all accounts committed this mass murder was 39-year-old Darrell Edward Brooks Jr. who has a criminal record longer than your average CVS receipt.

That would be this individual from a prior arrest. (He has a very long criminal record.) #Waukesha https://t.co/6uAcsV97zE pic.twitter.com/mc2JFfbVRP

The man shouldn’t have been on the streets.

But of all the crimes being reported, this shocking video shows that he even admits to being a pedophile.

Just watch it for yourself.

This filth was bragging about knocking up a 16 year old.

The news spent nearly a year dragging Kyle Rittenhouse through the mud but now they are trying to make excuses for this piece of crap for reasons we can all imagine why.