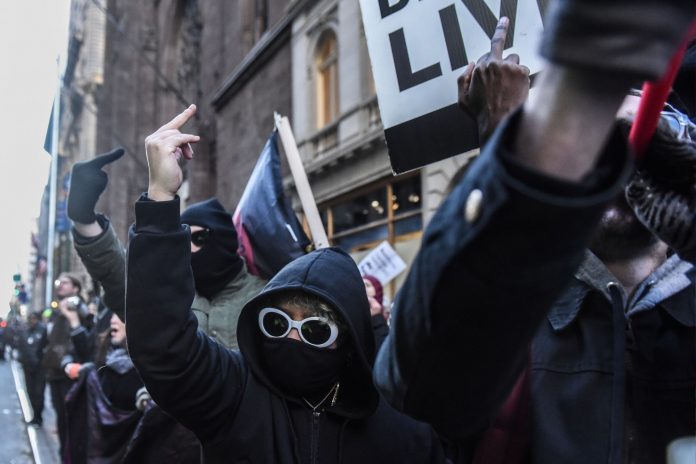 There could be a lot of pain and misery in the meantime though.

So your jaw will hit the ground when you hear what top Democrats are suggesting to “win” the culture war.

While there’s always been significant differences between the Right and the Left in the United States, for the longest time, many Americans believe there was little difference between Republicans and Democrats.

However, that all changed the moment Donald Trump blasted onto the political scene taking that now historic ride down the escalator at Trump Towers.

With the differences now crystal clear one far-left organization is admitting they’re losing the culture war.

For several decades, while establishment Republicans talked about tax cuts and corporation-friendly policies, the Left was fundamentally changing the fabric of American society, inch by inch, policy by policy.

Ronald Reagan, to his credit, did put some socially conservative items on his primary agenda – like making the GOP a pro-Life party.

But it wasn’t until Donald Trump decided to run for President of the United States in 2016 that Republicans started fighting the cultural wars in earnest.

And in a short amount of time, the results are strikingly noticeable.

President Joe Biden’s approval ratings are in the toilet.

Republicans are winning generic congressional ballot polling and for the first time in Gallup history, more Americans identify as Republicans than Democrats.

The GOP is winning off-year elections – including three woke school board members who were just recalled in a landslide by angry parents in San Francisco.

That’s not a typo, parents in Nancy Pelosi’s home District voted to recall three school board members who have backed Critical Race Theory in schools, brainwashing students with the single-gender agenda, and forcing ineffective and damaging COVID regulations on school children.

And now the Democrats’ own internal polling is setting off alarm bells at the Democratic Congressional Campaign Committee.

The DCCC is now admitting GOP culture war offensives against the Donkeys are incredibly effective and they’re in big trouble in the coming midterms.

According to documents obtained by POLITICO, the DCCC’s internal research reveals swing state voters believe the party to be “preachy,” “judgmental” and “focused on culture wars.”

In an effort not to get shut out in the midterms, the DCCC developed and distributed a presentation to their candidates showing them the data and giving advice on how to fight back.

DCCC chief Sean Patrick Maloney (D-N.Y.) says the “Defund the Police” and immigration issues are moving the needle for the GOP.

And the now-exposed woke agenda of school administrators has rallied parents in the suburbs against the Left.

While the DCCC is correct in its assessment of the problems the Party faces with Americans, particularly in battleground states, its proposed solutions are laughable.

Maloney suggests when Democrat candidates are confronted with “Defend the Police” that they “reiterate their support for police.”

That’s tough to do since the entire Democrat Party supported the BLM riots, calling them “mostly peaceful,” and literally bowed down to the Woke Mob.

On the immigration issue, Maloney recommends candidates, “deny support for open borders or amnesty and talk about their efforts to keep the border safe.”

In other words, Maloney is telling Democrat congressional candidates to lie to American voters.

While the wind is certainly at the back of the GOP as the midterms approach, for a full Red Wave, voters will have to reject the DCCC’s dishonest strategy to combat their losing efforts in the culture war.