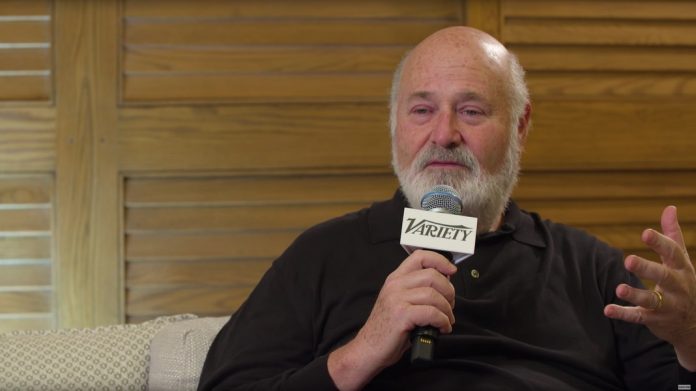 The Left are still ranting and raving about Donald Trump.

They can’t let go of Orange Man Bad narratives even though Trump has been out of office for nearly a year.

And you’ll seethe after hearing what deranged thing this Hollywood director just said about Trump and his supporters.

Director Rob Reiner is one of the most outspoken and obnoxious leftists in the film industry.

He constantly assailed Donald Trump and his supporters throughout Trump’s Presidency.

Now Reiner who many can only remember as Meathead from All in the Family is back with his delusional hot takes.

Reiner appeared on MSNBC and argued that Trump and his associates need to be arrested right now.

“There was an insurrection. There was an attempt to overthrow the government. Now to put it in context, let’s say, for instance, a guy goes in to rob a bank, and he fails. You’re still breaking the law. You’re trying to rob a bank. That’s what happened. They tried to rob this country of its due process and the election. They went and tried to steal an election, and they tried to overthrow the government. That’s against the law. That breaks federal law. We need the DOJ to prosecute that. Unless they prosecute that, we’re giving the rights for people to just do it again, and they will. So we need two things, we need to prosecute the people responsible, and we need to pass voting rights.”

Feds excluded, nobody had any firearms. So the “insurrection” was supposed to be carried out with flagpoles one must assume.

Donald Trump already underwent a second impeachment over the Capitol Hill riot, and it went nowhere.

And the FBI already concluded there was no planned insurrection – and they should know considering they had informants in the crowd according to The New York Times.

Meanwhile, there are still thousands of hours of footage that is not being released.

Some of the videos from that day show security ushering people into the building, and not seeming overly concerned with people posing for pictures.

There’s no telling what is on the missing footage that’s been held under lock and key.

Reiner’s rant illustrates a bigger problem for the Democrats – they don’t have anything to run on in the midterms or in 2024.

All they have is Orange Man Bad and January 6th.

They can’t run on the economy, border security, COVID, or foreign policy.

Instead, they’re pinning their hopes on the vegan with the buffalo horns being the leader of an “armed insurrection.”