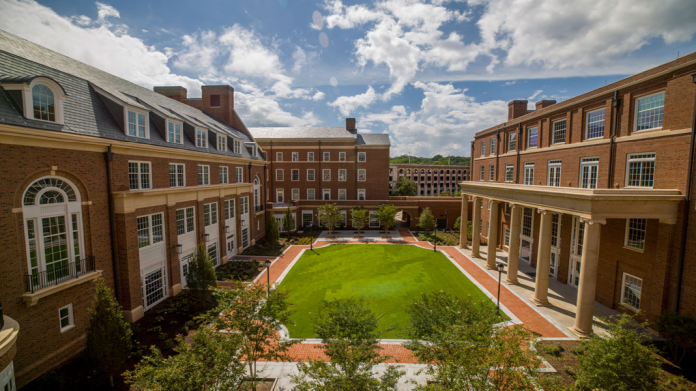 The successful fast food chain represents the two things they hate the most: Christianity and capitalism.

But these cultural marxists just crossed the line with their latest attack on Chick-fil-A.

A leftist environmentalist group at the University of Georgia is calling for the school to ban Chick-fil-A.

The group, Athens EarthStrike, is saying the restaurant is “white supremacist” and a “capitalist cult” for counting on Koch Industries as a supplier.

They are also calling for the Chick-fil-A ban because of its use of “non-compostable packaging.”

An environmental group in Athens, Georgia is demanding that the University of Georgia ban Chick-Fil-A from campus, calling the fast food restaurant chain an “industrial, white supremacist, imperialist, capitalist cult.”

Athens EarthStrike, some of whose members also belong to the Athens Young Democratic Socialists of America student group, which describes itself as the official chapter of YDSA Athens and the University of Georgia, is targeting Chick-fil-A for its use of non-compostable packaging and is further claiming that the chicken chain uses unsustainably-sourced poultry, according to the student publication The Red & Black. The group also claimed that “capitalist cults” of Chick-Fil-A and the Georgia poultry farms “as a whole exemplify violence,” the group told Campus Reform.

“”The industrial, white supremacist, imperialist, capitalist cults of Chick-fil-a and the Georgia poultry farms as a whole exemplify violence,” Athens EarthStrike told Campus Reform. “One of the major poultry suppliers for Chick-fil-a is Koch. Koch targets the most vulnerable people in our immigrant communities to work as employees. Factories are built in low-income communities of color. These jobs are demoralizing, difficult and pollute the environment around them leaving communities in even worse living conditions.”

And they are trying to strike the beloved restaurant at its heart – right down the road from its headquarters.

They see Chick-fil-A’s Christian and conservative values as “problematic” and think they should be completely silenced.

So they’re resorting to their lowest common denominator attack calling the company racist.

This isn’t new to the University of Georgia, however.

Recently, a professor of UGA came under fire for racist comments, saying in order for black people to be free “some white people may have to die.”

This is a prime example of the cultural marxism that is running rampant on our college campuses all across America.

To them its kosher to attack white people, but a successful company that employs and serves all people is “racist.”

Do you think Chick-fil-A should be banned from college campuses? Let us know what you think in the comments below.