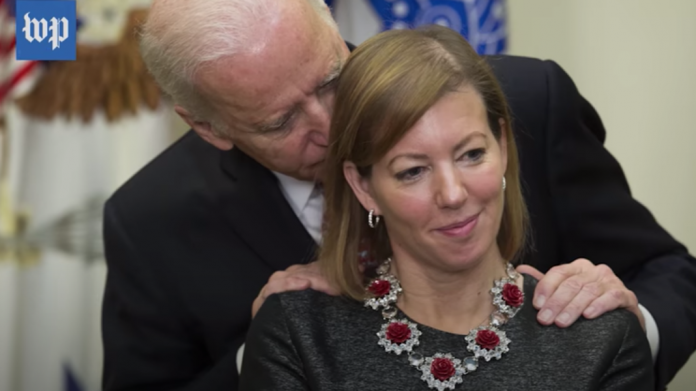 Establishment Republicans are notorious for stabbing Conservatives in the back.

But Democrats are nothing if not loyal to all of their pals from special interest to perverse rainbow groups.

It doesn’t matter how radical they are.

But you’ll boil over when you hear what a leaked Biden executive order lays out for a favorite Democrat Lobby.

The Democrat Party lost some major sources of cash and political foot soldiers when Gay marriage was legalized.

Democrats were desperate to replace it and have been flooding the country with twisted “woke” lies that try to normalize transgenderism.

However, despite its best efforts, even many leftists are pushing back against the insane idea that a biological male can be a female and should be afforded the same rights as a biological female.

But, a leaked Biden executive order lays out a new rule that will allow transgender inmates to do this.

Reports coming out of Scotland show that many transgender inmates who were housed with women after claiming to be female, despite being a biological man, are “switching back” to the gender they were born with after they’re released from prison.

This shouldn’t shock anyone with a lick of sense, but leftists still want you to believe that there are people in this world that should be treated as the gender they “identify” with rather than the one God gave them.

Headlines have been filled with stories of assault and rape of women by so-called “Transgenders” who are nothing more than sick biological males pretending to be females so they can prey on women.

Now women’s sports are being trampled all over as biological males, who were subpar athletes as men, claim to be women and absolutely destroy the biological females in their sport.

To be honest, it’s unfair and an absolute abomination to women’s rights.

But that doesn’t seem to matter to Joe Biden because he continues to ride the woke train and this recently leaked executive order shows he could care less about women.

During former President Trump’s time in the White House he revoked a federal policy that allowed biological male criminals to transfer to women’s prisons if they claim to identify as female.

A recently uncovered draft executive order from Joe Biden shows his intent to reverse what Donald Trump did.

The proposal was obtained by The Federalist and states that Biden would direct the U.S. attorney general to “begin the process of identifying any necessary changes to the Transgender Offender manual, to enable the Bureau of Prisons to designate individuals to facilities in accordance with their gender identity.”

Obviously, Biden didn’t read the reports out of Scotland or has missed the news stories on the hundreds of biological women being raped in California prisons where this process is already in place.

More than likely, Biden knows all of those things but doesn’t care because his goal is to cater to a tiny fraction of radicals in the U.S. that believe it’s okay to house biologically male criminals with biological females.

According to a Justice Department official of the 156,000 federal inmates in the United States, 1,200 “identify as transgender.”

So, this is being done for less than 1% of the current federal prison population.

Yeah, this isn’t about fairness or equality for transgenders – it’s about Joe Biden’s woke agenda.