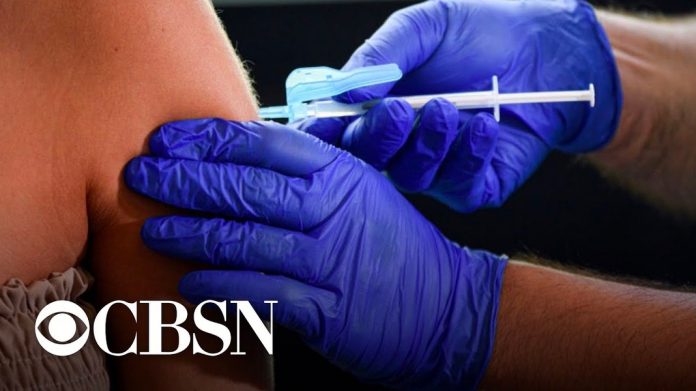 A new report is confirming the worst fears of vaccine critics.

This horrific “oversight” could have generational implications.

And you’ll be red with rage after what CDC researchers “missed” before telling pregnant women to get the jab.

Pregnant women were told to take the Covid-19 vaccine.

But an ugly new revelation about that is getting shockingly little attention.

In fact, they say the raw data provided in a study conducted by Centers for Disease Control (CDC) researchers—and some assumptions they were able to make—shows pregnant women who got the vaccine in their first trimester of pregnancy had an 81.9% to 91.2% miscarriage rate.

The CDC researchers were already called out by a Belgium researcher for fudging the numbers in the study when they claimed the miscarriage rate was well within what is considered normal at 12.6%.

Hong Sun, Ph.D. sent a note to the New England Journal of Medicine which was published in September pointing out that most of the participants got their vaccination in the third trimester of their pregnancy.

In fact, out of the 827 pregnant women, 700 got their first dose during the third trimester of pregnancy.

Of course, at the same time as Hong’s letter was published, the journal also printed a response from the team of CDC researchers.

They admitted that they used the wrong numbers in their calculation, but then quickly tried to cover their tracks by saying additional data collected after the study was published shows the miscarriage rate still wasn’t outside of what’s normal.

They added another note to their own study in Science, Public Health Policy, and The Law pointing out that, “the article’s abstract, results and discussion continue to state and discuss the initial findings of the study, including the 12.6% spontaneous abortion rate observed in those exposed to mRNA before 20 weeks being within background ranges, rather than being updated to account for the correction.”

They added that, “This produces a discontinuity between the corrected results table and the text. The authors continue to stand by their statement that there are no safety signals for use of the mRNA products in pregnancy.”

As most parents know, early pregnancy is generally considered the time when the baby is most vulnerable to developmental problems due to chemical exposure.

Of course, we don’t really know whether mRNA technology poses similar problems as chemicals because it was considered too dangerous to even use on humans before all the rules were thrown out the window in 2020.

Thornley and Brock told the Epoch Times, “The assumption that exposure in the third trimester cohort is representative of the effect of exposure throughout pregnancy is questionable and ignores past experience with drugs such as thalidomide. Evidence of safety of the product when used in the first and second trimesters cannot be established until these cohorts have been followed to at least the perinatal period or long-term safety determined for any of the babies born to mothers inoculated during pregnancy.”

While the Biden administration likes to pretend its overly intrusive health mandates are the result of “following the science,” it’s likely real scientists will be writing history for years to come as they tally up the damage from this decade’s politically-driven health policies.

No doubt, years from now we will know the full cost of the microscopic beast that was released from Wuhan.

The question is whether the greatest damage will have been caused by the virus itself, profiteering medical companies, or a president who forced pregnant mothers to take an untested vaccine to keep their jobs and care for their families.