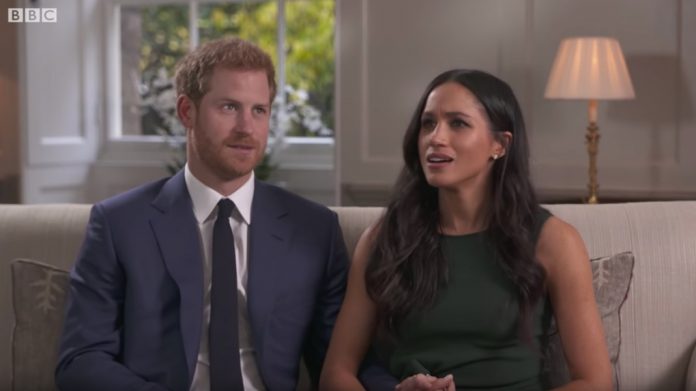 It’s hard to imagine American politics getting any more crazy.

To that one author said hold my beer.

And you won’t believe who the British press is taking seriously as a future Presidential contender.

A certain actress, turned princess, turned politico may be serious about going for the top job.

And if the international rumor mill has it right, it’s only a matter of time before conservatives experience a royal headache that will last four to eight years.

Meghan Markle, who may or may not still actually be a British Duchess, has the international media speculating about how soon she will push herself into the most powerful office in the world.

To Americans, someone having an opinion about something isn’t exactly breaking news—although it is highly irregular for a senator to answer her phone only to find out the Duchess of Sussex is calling to make demands like a regular constituent.

However, across the pond members of the royal family immediately started freaking out.

Apparently, members of the royal family are not supposed to be involved in politics.

Which is ironic since politics is basically the family business, but it’s understandable since literal beheadings within the family circle have pretty much stopped happening as the royal families in power have started to focus on mostly not doing things.

But this time their hysteria may be justified.

YOU magazine in South Africa plastered Meghan’s face on the front cover of their November issue with the headline, “LIGHTS, CAMERA … POLITICS!” Along with, “SHE HAS THE GUTS TO FIGHT TO THE TOP” and “Insiders unpack how Meghan could become US president.”

That kind of serious attention in even the most seemingly obscure places should scare conservatives.

After all, political science professors were chattering about a charismatic young black candidate for Congress who would make a brilliant presidential candidate back in 2000—long before most people knew Barack Obama even existed.

And Donald Trump certainly wasn’t on most voters’ radars when he spoke (via video livestream) at the Conservative Political Action Conference in 2011.

Most successful presidential campaigns are years—even decades—in the making.

No doubt a celebrity who is apparently Oprah’s BFF is way ahead of the game.

While Americans are mostly ignoring her for now, the UK press has been figuring out all the angles of a potential run with the Mirror reporting that a 211-year-old constitutional amendment could block her chance to be eligible for the office, but it hasn’t been ratified.

While 12 states have approved the “Titles and Nobility Amendment”, another 26 would now need to sign on to make it law.

The unspoken assumption in that article is that we’d better get moving while we still have time.

Author and Constitutional scholar John Kowal told Mirror he’s “not aware of any precedent, where someone who is publicly known and publicly uses a noble title from another country has run for political office.”

Then again, there’s always a first time for anything—and someone with the guts to blow off the Queen of England and basically divorce Great Britain’s royal family is probably a prime candidate for the job.

According to the Mirror article, “Tom Bower, who is writing a royal biography about the Duchess of Sussex said he believes the former actress’ next steps are to conquer the US—and then the world.”

The paper goes on to quote Bower saying, “The prospect of Meghan running for president is possible and I’d even say likely. I really believe it’s where she sees herself going.”

Recently, the Duchess of Sussex made a surprise appearance on Ellen—apparently in a bid to reboot her image.

Or maybe she’s just giving us an opportunity to adjust to seeing her lovely face on our television screens.