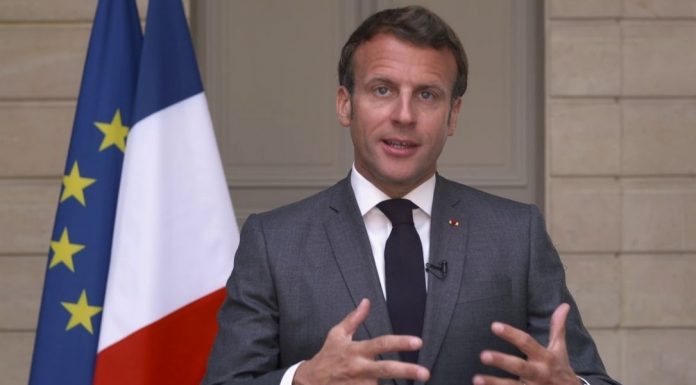 The Western World has been plagued with terrorist attacks for decades now.

And the Left and Fake News Media do their best to look the other way since the attacks don’t fit their narrative.

But you won’t believe which leftist world leader just called out the Fake News Media for supporting Islamic extremists.

Ever since the Twin Towers came crashing down, the world has had to deal with the threat of Islamic extremism.

Even though the United States has only had a few terrorist attacks since that horrific day, many European nations have been plagued with consistent attacks.

In 2019 alone, the nations in the European Union were hit with 119 terrorist attacks.

And that was the lowest number in years for Europe.

But you don’t see the Fake News Media running every terrorist attack on live TV like they do a school shooting.

You are lucky to see them cover it as an afterthought.

And when they do cover the attack, often times they blame society for being Islamophobic or biased.

Well France’s Prime Minister, Emmanuel Macron, has had enough of it.

Macron called out the Fake News Media during an interview for the The Times.

When France was attacked five years ago, every nation in the world supported us.  So when I see, in that context, several newspapers which I believe are from countries that share our values — journalists who write in a country that is the heir to the Enlightenment and the French Revolution — when I see them legitimizing this violence, and saying that the heart of the problem is that France is racist and Islamophobic, then I say the founding principles have been lost.

Macron is completely right on this one.

The Fake News Media turns a blind eye to radical Islamic terrorism and its sickening.