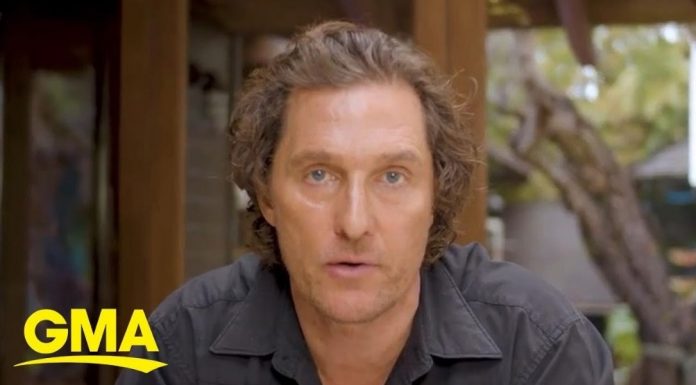 With Hollywood becoming more political by the day, their stars are now gunning for political office.

After all, they already have the advantage of most people knowing them already.

And you won’t believe which Hollywood star might be running for Governor of Texas.

Hollywood stars jumping into the political arena isn’t unheard of.

There are quite a few who used their star power to move into the political arena.

Notable politicians like Ronald Reagan, Arnold Schwarzenegger, and Jesse Ventura were all Hollywood stars before they got into politics.

Even former President Donald Trump was a big name in television, with his massively popular show The Apprentice making him a household name before ever running for office.

So it isn’t that shocking of a career change.

The newest Hollywood star who may take this path is actor Matthew McConaughey, who recently stated that a run for Governor in Texas is a “true consideration.”

While appearing on the Balanced Voice podcast, he stated that he is considering a run.

“What is my leadership role? I do think I have some things to teach and share. What is my role, what is my category in this next chapter of life that I’m going into?” McConaughey said.

In response, the podcast host questioned, “Should your next leadership role include running for Governor?”

This is the strongest statement he has said on the topic.

When asked about it on The Hugh Hewitt Show, he replied to the question by stating “I don’t know. I mean, that wouldn’t be up to me. It would be up to the people more than it would me.”

“Look, politics seems to be a broken business to me right now. And when politics redefines its purpose, I could be a hell of a lot more interested,” he added.

On the issues, McConaughey has been on many different sides of the political spectrum.

He recently blasted Hollywood for being “illiberal” and “condescending and patronizing” to conservatives.

But he has also supported so-called “assault weapons” bans as recent as 2018.

When he did endorse the ban, he also warned the March For Our Lives gun control movement not to let total gun abolitionists “hijack” their movement, adding that he believes in “responsible gun ownership.”

With his position on gun control, he is unlikely to gain the support of many conservative Texans.

But in this political climate, truly anything could happen.