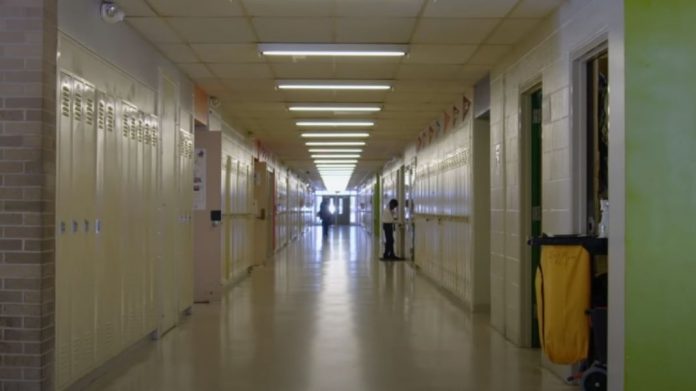 Teachers have a lot of influence over their students.

So much influence, in fact, that they often feel the need to “teach” things not in the curriculum.

For example, you won’t believe what this Utah teacher was caught saying to her students.

Children are being indoctrinated at the hands of so-called “educators” in ways never seen before, and there appears to be no end in sight.

Teachers and school administrators are no longer educating children – they’re forcing radical left-wing agendas on them.

She even went as far as to threaten to make life a “living hell” for students who speak out against the radical LGBT agenda.

Video of the rant has now gone viral and caused many parents to reconsider putting their children in government schools.

Leah Kinyon is a chemistry teacher at Lehi High School in Utah.

This chemistry teacher appeared to be holding a Q&A session with her students on various topics – many of which do not appear to be about chemistry.

After telling her students she’d be proud of them if they got vaccinated, Kinyon turned on Donald Trump.

Sounds like something you learned in chemistry class, right?

Kinyon then appears to dare a student to “tattle on me to the freakin’ admin; they don’t give a crap.”

This is what is happening in America’s government schools.

After pivoting back to the topic of vaccines briefly, Kinyon then tells the students that most of their parents are “dumb.”

After criticizing a few students who questioned her beliefs on climate change and asked why they can’t believe what they want to believe, Kinyon began ranting about the LGBT agenda.

“If you’re a homophobe, get out! ‘Cuz I’m the [Gay-Straight Alliance] faculty adviser! I love gay people. All LGBTQIA+ motherf***ers. If you don’t like it, get out! If I hear you say a damn word against any of ’em, I will open a can, and I will make your life a living hell. And they know it! If you say shizz to any LGBTQ kid in this school, I will hear about it, and you will be in trouble,” Kinyon declared.

The school district released a statement saying, in part, that Kinyon’s behavior was “inappropriate” and that she has been placed on administrative leave.

It’s time for parents to wake up and realize their children are no longer being taught chemistry, math, or English – they’re being brainwashed by woke leftists.