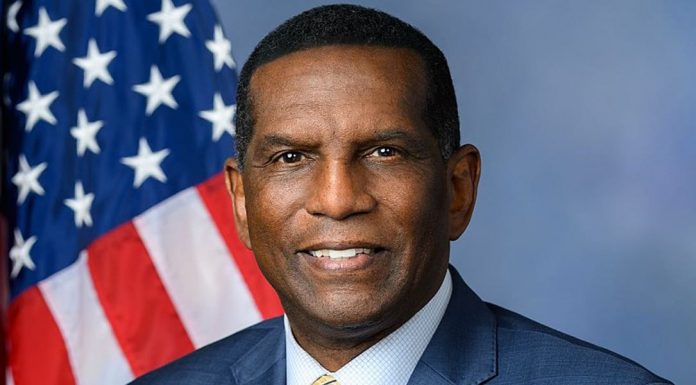 Seems everywhere you turn these days the radical Left is calling something or someone else racist.

Rarely, do we see Republicans take a stand.

Now, though, you won’t believe what this black Republican Congressman just said to a liberal white reporter.

In response to an op-ed Monson wrote that accused the Utah Republican of misunderstanding the social justice causes professional athletes fight for Burgess tweeted:

“Love having race issues ‘whitesplained.’  It’s amazing how much less I understand about racism than liberal white reporters.”

One point for the good guys!

In Monson’s op-ed, he took issue with recent statements that Owens made about athletes who protest for social justice causes.

Owens said last week during a House Judiciary Committee session, “We have guys making $50 million today” who will “not stand for the flag because they’ve been taught by their adults not to love our nation.”

Monson compared the Congressman’s statements to that of barroom banter from someone “who’s knocked back a fistful of Buds, talking sports with his buddies.”

“The fact that they don’t stand for the anthem, as mentioned, has nothing to do with not loving our nation, rather it has to do with looking at what’s true in our nation, what’s been true for a long, long time, a major fault that needs fixing, and wanting to draw attention to it,” Monson argued.

Congressman Owens grew up in the south and likely understands the issues many of these athletes are supposedly protesting far better than they do.

And, certainly far better than any white liberal reporter.

Owens has stated that he would tear up while listening to the national anthem before games.

He also says that his background and the fact that he is a descendant of slaves causes him to defend former President Trump during the hearing process because his background gives him an appreciation for the right to due process.

“We cannot become a body that does not give due process, and of all people, the black community should know that better than anybody else,” Owens stated.