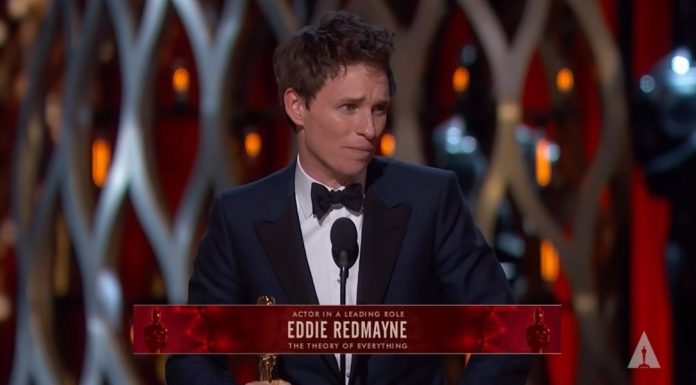 Hollywood has gone so far left that it’s become a parody of itself.

It’s difficult to lampoon the Left because yesterday’s satire is today’s progressive cause.

Now you won’t believe what this Academy Award nominated actor just let slip about one role he played.

Look back at Monty Python’s Life of Brian from more than 40 years ago.

And look where we are today.

A Monty Python sketch from the 1979 The Life of Brian using a nonsensical situation (a male who wants to have babies) for laughs.
40 years on and life is now imitating art.https://t.co/ypWrE6EzBO

The expiration date on roles the Left deems appropriate has compressed a whole lot since then.

For example acclaimed British actor Eddie Redmayne says he regrets playing a role that earned him an Academy Award notion.

The role in question was as the lead in the 2015 film The Danish Girl, a story about a transgender woman.

Redmayne said in an interview with The Sunday Times, “No, I wouldn’t take it on now…I made that film with the best intentions but I think it was a mistake.”

Sane people are scratching their heads trying to figure out why taking an Oscar-nominated role was a “mistake.”

The reason is because the new “woke” trend of Hollywood casting is that characters of a particular identity group must be played by an actor in that identity.

It’s a ridiculous notion that undercuts part of the craft of acting, i.e. embodying a character different from one’s self.

“The bigger discussions about the frustrations around casting is because many people don’t have a chair at the table…There must be a leveling, otherwise, we are going to carry on having these debates.”

This flawed worldview caused Scarlett Johansson to back out of a role as a transgender man.

At first, Johansson tried to stand up to the “woke” mob, but ultimately she caved.

Now the story—that was based on a real person—will never be told, which is a perfect illustration of how the Left only knows how to destroy.

Another encapsulation of the insanity occurred when leftists raised a fuss about Javier Bardem playing Desi Arnaz in the upcoming Lucille Ball biopic.

Supposedly Bardem, who is Spanish, must not portray Arnaz, who was Cuban.

This level of madness cannot sustain itself.

Redmayne was singing a different tune only a few short years ago.

In 2015, he said, “I hope — as an actor one hopes — that one should be able to play any sort of part if one plays it with a sense of integrity and responsibility.”

It didn’t take long for the cancel mob to “re-educate” Redmayne.

However, to his credit, Redmayne did express some support for JK Rowling when other actors of characters she created cravenly turned on their benefactor.