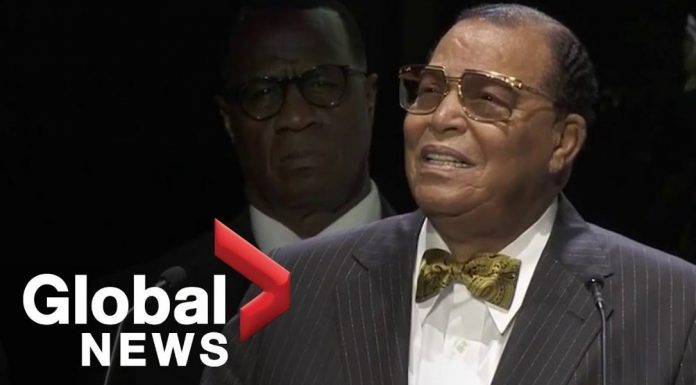 The Fake News Media has been largely silent over the latest attack on the Capitol.

It’s almost like they don’t want you to know that it even happened.

And you won’t believe what Nation of Islam’s leader Louis Farrakhan claimed about the Capitol Police murderer.

Who can forget the meltdown the Fake News Media has had over the riot at the Capitol on January 6?

They went all in to destroy the lives of anyone who was even near the Capitol that day.

To this day, the Fake News Media is running countless stories to scare us all about what happened on January 6.

And the federal government is in on the witch hunt as they charged dozens of people for entering the Capitol but now in court their claims are falling apart when they actually have to defend them.

But just last week a man tried to break through the barricades around the Capitol building.

While doing so he ended up killing one officer and charging another with a knife when his car got stuck.

In the end he was shot and killed.

But the most astonishing thing about this incident is the silence by the Fake News Media over what happened.

It’s almost like they want you to forget that it ever happened.

Sure the story doesn’t fit their narrative when a black man kills a Capitol police officer while wielding a knife.

If he was a Trump supporter with an AR-15 we all know that it would be the biggest story to hit the airwaves since January 6.

But maybe there’s another reason they are ignoring the story.

The attacker, Noah Green, was a devoted follower of the Nation of Islam.

And you won’t believe what Nation of Islam’s leader Louis Farrakhan had to say about the attacker.

Farrakhan claimed, “I am sure, had [Green] been blessed to come through the crisis that he was going through, he would have been a star in the mission of the resurrection of our people. We need to know what happened to our brother.”

He continued in a statement to claim that Green “had a wonderful, noble idea to help the black and brown people through his knowledge of finance.”

And in the end Louis Farrakhan said that the Nation of Islam was “saddened by the loss of this brother with such great potential.”

Well now we all know why CNN and MSNBC have been dead silent over the latest attack on the Capitol.

Not only was it not a middle-aged white Trump supporter with an “assault rifle” but the attacker was also admired by the Nation of Islam.