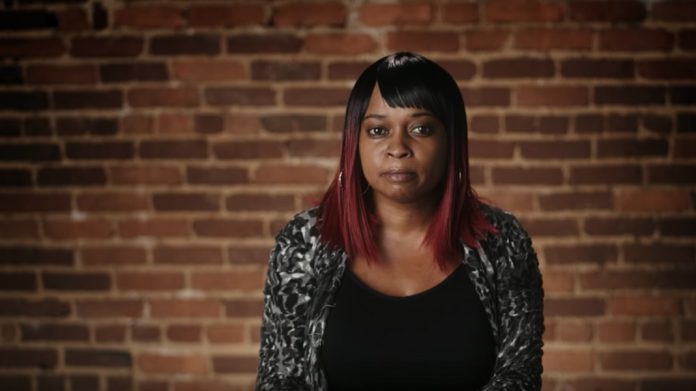 Major corporations like Target caved despite warnings from conservatives.

And what happened to this five-year-old girl because of a transgender bathroom policy is sickening.

Pascha Thomas is a mother of a little five-year-old girl.

She recently described an event where her young daughter was sexually assaulted in a government school bathroom.

This was only able to happen because of a new “gender neutral” bathroom policy.

Pascha Thomas, the Georgia mother in question, shared her testimony on Wednesday in a video with the nonprofit legal firm Alliance Defending Freedom. She explained that her daughter was assaulted in November 2017 at an elementary school that is part of the City Schools of Decatur.

“My daughter stated to me that she was in class, and she asked the teacher if she could go to the bathroom. And the teacher said yes,” Thomas described.

“So she was in the bathroom and she was pulling up her pants, when one of her classmates came into her bathroom, a little boy. She tried to leave the bathroom, [but] the little boy pushed her against the bathroom stall. Basically pinned her up against there. She asked him to stop, he wouldn’t. He took his fingers and he was penetrating her through her pants. She asked him to stop, and stated several times that it hurt. He refused,” the mother continued.

“Once he was done, she went to class. I asked her if she told anyone about it. She started crying and said ‘No mama, I didn’t tell nobody, but I didn’t ask him to come in the bathroom with me. I didn’t know he was going to do that.'”

ADF explained that the school had implemented a policy in 2016 to allow students who identify with the opposite sex to use bathrooms, locker rooms and showers that corresponded with their gender identity, rather than their biological sex. Meaning that boys who identify as female are allowed to enter girls’ facilities.

According to the Alliance Defending Freedom, the school never informed parents of the new policy.

Radical “progressives” don’t care about the consequences of their agenda.

They only care about forcing acceptance of their anti-Christian lifestyles by any means necessary.

Even if that means endangering young girls.

In this case, a five-year-old little girl became the victim of their agenda.

As of this story, the school has yet to change their transgender bathroom policy.

According to the Alliance Defending Freedom, The Office for Civil Rights has launched an investigation.

You can watch the full story below: