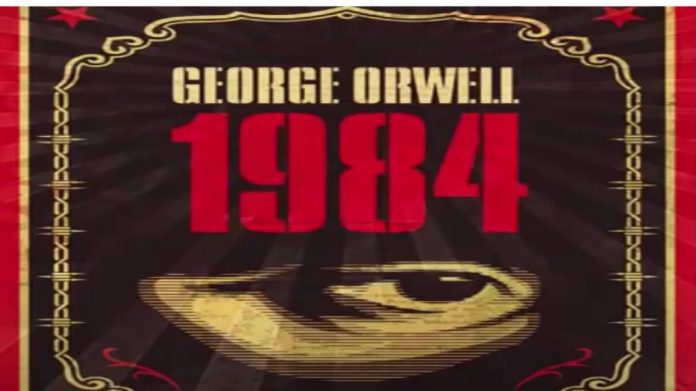 Radical leftists are trying to destroy the underpinnings of American society.

Like a Stalinist purge, anyone out of favor with the left-wing outrage mob must be removed.

And you won’t believe the latest famous author intolerant leftists are calling for to be cancelled.

George Orwell, the author of classics like Animal Farm and 1984 predicted a future filled with the erasing of history and scrubbing of art and literature.

He even warned of a time where the very language itself would be “cleansed” of offensive words and phrases.

But George Orwell probably didn’t realize he would wind up “cancelled” by the very intolerant left he warned us about.

George Orwell was one of the most important literary figures of the 20th century.

He was an English writer, essayist, journalist, and literary critic. He also served as a war correspondent, a BBC commentator and was an active opponent of fascism and Nazism.

Orwell even spent time in Spain fighting against the fascists.

He did not consider himself much of a novelist yet produced two of the most important novels of the entire 20th century, 1984 and Animal Farm.

In 2008, The Times ranked George Orwell second among “The 50 greatest British writers since 1945.”

His writing was known for its clear and concise prose, biting social commentary and criticism, for his strong opposition to totalitarianism, and for his outspoken support of democratic socialism.

Yet he became disillusioned with socialism when he saw it was just another form of totalitarianism like the Nazism he so ardently despised.

Now, despite all of this, and despite being dead for 70 years, George Orwell could become the latest public figure to be “cancelled” by the intolerant Left.

Recently, a notorious left-wing journalist called him a “vile man” and made the disgustingly shocking claim Orwell aided the Nazis with his strident criticism of the brutal and murderous Stalinist Soviet Union.

Norton followed this up by then denouncing the 1984 author as a “reactionary who hated communists more than fascists” before claiming Orwell “didn’t actually believe in free speech. He wanted to take away the free speech of communists. Orwell was a total fraud.”

Norton of course is too blinded by “cancel culture” zeal and clearly a lack of education to realize criticizing Stalinism, which killed tens of millions more people than Nazism, doesn’t make one a “fascist enabler.”

He also seemed to overlook the fact that instead of posting mean things on social media, Orwell actually went and fought against fascism in Spain.

Norton is also either completely unaware of his historical inaccuracies, isn’t educated enough to know they are inaccurate, or more likely both.

First, Stalin actually worked in concert with Hitler up until the time the Germans invaded the USSR in 1941. Until then Stalin and Hitler had an agreement. On August 23, 1939 they signed what is known as the Hitler-Stalin Pact, a non-aggression treaty that allowed each to begin their respective conquests.

The Pact remained in existence and in full force until Hitler made the tactical error to violate the Pact and invaded the Soviet Union.

Second, it must be pointed out that the Red Army was not alone in defeating the Nazis. They could not have done so alone, and it was only through the Allied efforts led by the United States that Nazi Germany was defeated.

Of course, these days, any history that speaks well of the U.S. is considered incorrect and racist.

Just as we have seen with the toppling statues of George Washington and Thomas Jefferson, Christopher Columbus and Frederick Douglass, Woodrow Wilson and Winston Churchill, the “woke” mob of “cancel culture” is so intent on erasing history that no one is safe from their efforts.

At least on that level George Orwell has found himself in pretty good company.