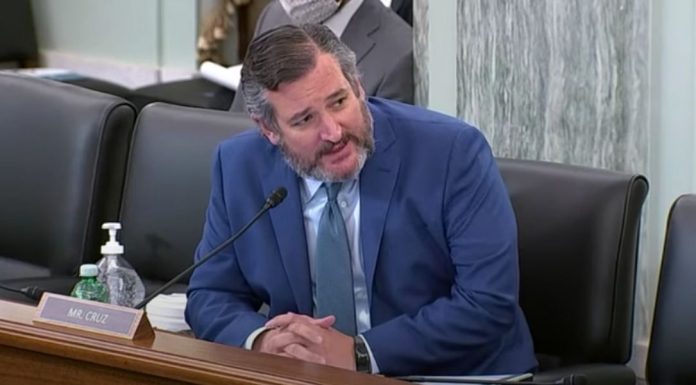 The woke mob is losing its collective mind over statements LeBron James made about the COVID vaccine controversy.

James is a well-known troublemaker in the NBA and recently grew the ire of the Left for making what many are calling a rather “un-Lebron” statement.

And now you will be shocked to learn what Ted Cruz said about LeBron James.

LeBron James’ vaccine status has been a hot topic in the NBA for the last few weeks.

Finally, after much speculation, James broke his silence and told the media he is in fact vaccinated but he will not influence any player or teammate one way or another on the jab.

The NBA superstars’ statement has many on the Left crying foul.

LeBron James is well-known for his ties to the Left and even Communist China, so to publicly state he will not influence others one way or another on the vaccine flies in the face of where his politics usually align.

“I think everyone has their own choice to do what they feel is right for themselves and their family,” James said.

In an even more shocking turn of events, Texas Senator Ted Cruz, expressed his support for James’ statement and the handful of other NBA players who are refusing the vaccine.

Cruz is a vocal critic of the NBA’s “wokeness” and stance on social justice issues, but in this instance he’s backing many players he would normally not count on a list of friendly allies.

Cruz called on James to take it one step further and declare he won’t play anywhere that bans players who haven’t received the vaccine.

Kyrie Irving of the Brooklyn Nets has drawn much attention over asking reporters to respect his privacy when it comes to the vaccine.

The idea of privacy went right out the window when the COVID vaccine mandates started being put in place.

No longer could someone hide what was previously considered private medical information.

Andrew Wiggins, forward for the Golden State Warriors, was denied a religious exemption to avoid getting the vaccine.

Currently the NBA is not requiring any player to get the vaccine, which is a move in the right direction according to many.

It was reported recently that approximately 90% of the league’s players are vaccinated.

The pressure to fall in line with the Biden administration is getting worse with each passing day.

When superstars like LeBron James are being forced to defend their opinions on a vaccination you know the world has turned upside down.

Stay tuned to Culture Watch News for any updates to this ongoing story.