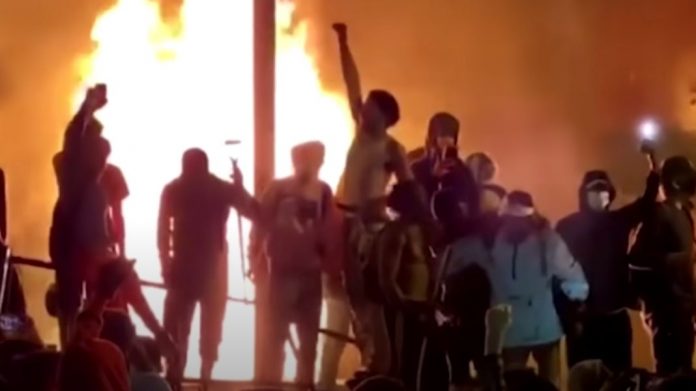 With the death of Justice Ruth Bader Ginsburg, the Left is completely melting down.

Republicans are hoping to fill her seat to solidify a conservative Supreme Court majority.

But you will be filled with rage when you see what Leftist plan to do if a new Supreme Court Justice is confirmed.

From abortion to government overreach, Justice Ginsburg was a champion for the Leftist agenda on the Supreme Court over the past several decades.

And with her passing over the weekend, many on the Left are horrified by the idea of a new Justice cementing the Supreme Court to conservative jurisprudence for years to come.

But that hasn’t stopped President Trump from committing to nominating a new Justice and Senate Majority Leader Mitch McConnell claiming there will be a vote on the nominee.

This has Leftists panicking.

Now Leftists are claiming they will do anything possible to stop the confirmation of a new Justice.

Reza Aslan, former CNN contributor, went on Twitter to claim, “If they even TRY to replace RBG we burn the entire f***ing thing down.”

Author Aaron Gouveia agreed with Aslan proclaiming in a Tweet, “F*** no. Burn it all down.”

Other Leftists continued the calls for violence over the foreseeable nomination of a replacement for Justice Ginsburg.

Writer Beau Willimon wrote in a Tweet, “We’re shutting this country down if Trump and McConnell try to ram through an appointment before the election.”

Even radical U.S. Representative Alexandria Ocasio-Cortez decided to contribute to the meltdown of the Left.

She went onto social media to claim in a video, “The very last dying wish of RBG was that her vacancy not be filled until the new president takes office in January. That was her dying wish.”

Mitch McConnell publicly, the night of her passing, he couldn’t wait 24 hours, issued a statement saying that he was going to give Trump a vote in violation of her dying wish. People can say, ‘How appalling,’ people could say, ‘This is horrible,’ et cetera, but we know who this man is. We know who this man is. This is a man who does not care about a dying woman’s final wish, clearly.

Thankfully, the confirmation of a Supreme Court justice is controlled by President Trump and the Republican controlled Senate, not the Make-a-Wish Foundation.

And all indications point to President Trump and the Senate confirming a Justice before the election even with all the threats of violence by Leftists.