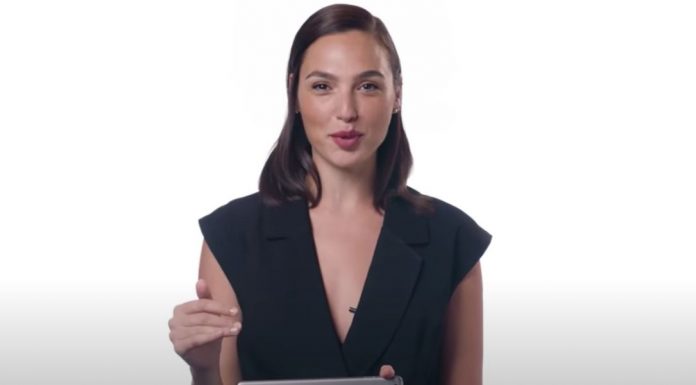 Gal Gadot is under attack by the radical Left.

The Wonder Woman star has faced criticism in the past, but nothing quite like this.

That’s because Gadot just announced a new role that drove the Left crazy.

Gal Gadot recently announced that she would be teaming up again with Wonder Woman director Patty Jenkins to play Cleopatra.

But Gadot’s excitement over her announcement was tempered by the fact that radical leftists were upset that Gadot, an Israeli, would be playing Cleopatra.

Far-left journalist Sameera Khan didn’t mince words when she went after Gadot for the “injustice” of portraying Cleopatra.

However, Cleopatra was Macedonian Greek, so her underlying facts are completely wrong.

Second, Khan exposed the undercurrent of anti-Semitism that exists on the hard Left.

In her view, Gadot shouldn’t even be allowed to star in the movie because she’s Israeli.

Khan has made other brain-dead statements including sharing a false meme that defended Stalin’s gulags.

The idiotic Tweet even cost her a job at Russia-backed RT.

She represents a dangerous growing strain on the Left.

In the past, leftists tried to distance themselves from the gulags and authoritarian regimes because they made their previous defense of them and their shared policy goals look bad.

But the country is approaching a critical mass of people who have been indoctrinated in college and even K-12 to believe that the Soviet Union and post-revolution Cuba aren’t so bad.

And as everything becomes increasingly political, Gal Gadot playing Cleopatra has become “problematic.”

Scarlett Johansson backed out of a movie role where she was set to play a transgender man after uproar over the fact she is not transgender in real life.

Soon the Left will be calling for Cleopatra to be reanimated because nobody else but Cleopatra should be allowed to play her.