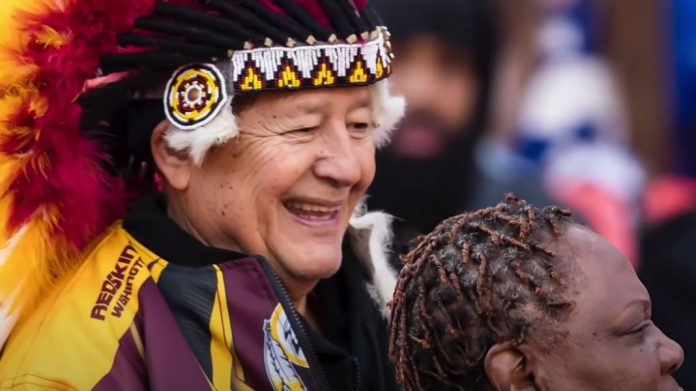 America is in the midst of a Marxist cultural revolution.

The only way for radical Leftists to transform America is to destroy the foundation.

And now they’re getting help from “woke” mega-corporations who are taking drastic action to force this sports team to change names.

As President Trump noted on Twitter, the names of sports teams aren’t chosen out of weakness – they’re named “out of STRENGTH”.

But because white elitist liberals claim those names are “racist,” they could all soon be things of the past.

In the last few weeks, things have really picked up steam and now “woke” mega-corporations like Amazon, Walmart, Target, Nike, and Dick’s have pulled Washington Redskins merchandise from their stores and websites.

Walmart announced the move last week and refused to even name the Redskins, instead referring to “the Washington team’s” name and logo.

The Redskins – er, “R words” – have been under pressure from the Left to change names for the better part of a decade.

The Obama administration once even considered revoking their trademark.

As the Redskins continue to have internal discussions regarding the team name and logo, “the Washington football team” as they’re now often called in the press are planning to eliminate all “Native American imagery from its logo” while keeping its burgundy and gold colors “as of now.

FedEx, which holds the naming rights to the Redskins stadium in Maryland, formally asked for a name change.

From the names of familiar food items like Aunt Jemima and Uncle Ben’s, cultural icons are under assault across the country.

As the radical Left continues to notch victory after victory in its cultural revolution, a little part of America dies with in.