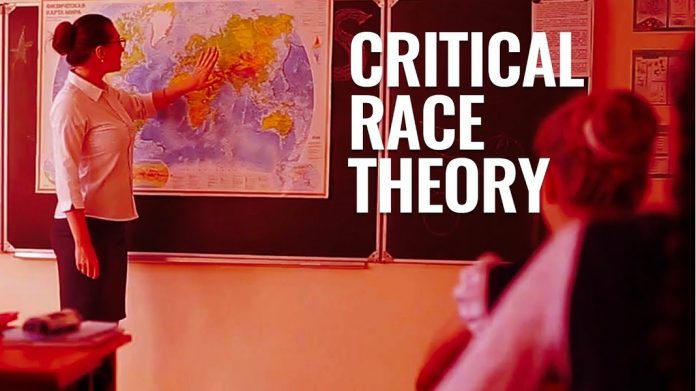 Another day in our woke culture means another day of some leftist losing their minds over the dumbest things.

And the latest viral tirade is over white students being, well, white.

That’s because woke college students attacked white classmates for being white in a “multicultural” center.

If you have ever wondered just how far our nation has fallen, look no further.

Our society used to thrive and be the envy of the world.

Now we can’t go through a day without the world laughing uncontrollably at us.

And one of the main reasons for the constant source of laughter for the world is the Left’s obsession with Critical Race Theory.

You can’t deny the fact that Black Lives Matter’s narrative has gained major traction throughout our nation.

During the Black Lives Matter riots, the leftists who supported Critical Race Theory came out of the woodwork as they set fire to cities across America.

Black Lives Matter rioters chant, "No justice, no peace, take it to the streets and f*** the police," as they watch a Philadelphia Police SUV they set on fire, burn. pic.twitter.com/zTAoxtnyro

But the advancement of Critical Race Theory didn’t die out with the end of last summer’s riots.

It is now in nearly every college and public school around the nation.

And here is just a primary example of it.

A video was posted on social media last Thursday of two white guys at Arizona State University just minding their own business in the “multicultural” center when they started to get harassed by a group of radical leftists.

One leftist came at the two guys for having a “police lives matter” sticker on their laptop.

Rather than backing down as the Left would expect, the guys came back with “We’re just trying to do school.”

And that’s when all hell broke loose.

The leftists started to throw out insults like “you’re making the space uncomfortable . . . You’re white” and “White is not a culture! Say it again to the camera! You think whiteness is a culture? So anyways, this is the violence that ASU does, and this is the type of people that they protect. Okay?”

The back and forth went on for a while and you have to see it all in the video below: