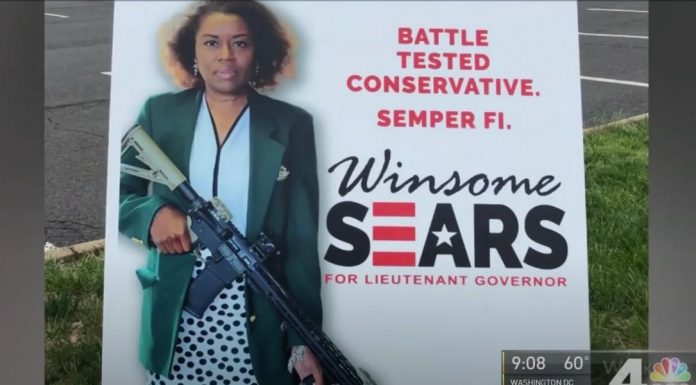 Embarrassing leftists’ for their terrible ideas can be like swiping a bone from a rabid dog.

Democrats are hell-bent on revenge after parents and GOP candidates like Virginia’s new Black Republican Lt. Gov who rebelled and called out their Critical Race Theory (CRT) lunacy.

And Winsome Sears will be boiling mad at Democrats’ despicable move to get even on Critical Race Theory.

Democrats and their woke “educator” foot soldiers are up to their old tricks with a new name for Critical Race Theory (CRT).

They’re hell-bent on continuing their schemes to reshape American culture through classrooms, despite CRT proving wildly unpopular with parents from across the political spectrum.

What was laughed off as a “right wing extremist” dust up early last year proved to be a dead serious grassroots movement when candidates who listened to parents’ concerns won elections all over the country.

The most dramatic example was the Virginia Governor and Lieutenant Governor’s races where Republicans Glenn Youngkin and Winsome Sears won in the purple state by taking a stand against woke education policy.

The effort to ban schools from teaching CRT took off like wildfire, but the root of the problem runs incredibly deep.

Now educators have slapped a new name on the same old garbage.

Accuracy in Media (AIM) launched undercover interviews that revealed exactly how far leftist educators are willing to go to keep chucking their propaganda down our children’s throats.

The group used undercover interviews in two red states — Idaho and Tennessee — to discover exactly how the woke Left is getting around laws banning teaching CRT.

“What was abundantly clear from many administrators is that they are quite clever with coming up with ways to get CRT into the curriculum even when it’s illegal,” AIM’s President Adam Guillette told Newsweek. “It’s diabolical the ways they come up with to rebrand the law.”

Video recordings created in both states captured school officials describing how teachers are indoctrinating children in a stunning breach of trust.

“Parents should be alarmed and terrified because one overarching theme from administrators that we found around the country again and again is that at the end of the day, teachers can close the door and do whatever they want,” Guillette said. “If this is what happens in states where it’s illegal, what’s happening in other states?”

And the local media in Tennessee and Idaho have closely followed our investigation. pic.twitter.com/4uAr0cVmA7

The chief academic officer for a conservative school district in Idaho told Guillette about a superintendent’s meeting where crooked school officials seem more interested in staying one step ahead of conservatives than actually serving students.

The current push is to refer to “social-emotional learning” as “Behavior Adaptations.”

At that point they might as well call it what it is — obedience training for our children that’s far more demeaning than anything expected of a dog on a leash.

The new terminology was likely inspired by word leaking out that CRT had already been relabeled as “social emotional learning.”

“Changed the label, same stuff. And I thought, it’s kind of a bummer they have to do that, but at the same time it was kind of brilliant,” Melissa Langan said in a recording. “Because they don’t care about this, even though it’s the same as this. But it’s the label. So I thought it was brilliant on their part.”

C.S. Lewis once said, “Education without values, as useful as it is, seems rather to make man a more clever devil.”

The same is true of woke “educators” with a completely twisted sense of right and wrong.

Their relentless campaign to fill children from kindergarten through 3rd grade and all the way to high school and college with a sense of self-loathing is nothing short of diabolical.