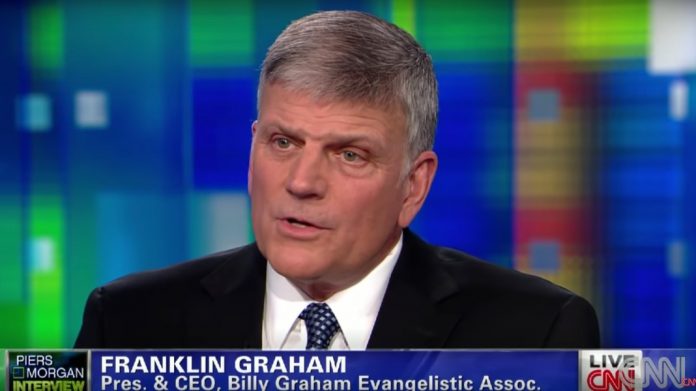 It’s understood the Left is openly hostile toward faith and has a particular level of vitriol for Christians.

Still most administrations at least give lip service to people of good will.

But the White House is silent over this leftist attack on one Christian leader that will make your blood run cold.

“Franklin Graham successfully underwent a specialized heart surgery today at Mayo Clinic in Rochester, Minnesota…In recent months, Franklin had developed constrictive pericarditis, inflammation, and hardening of the sac around the heart that compresses the heart and prevents it from working properly. The surgery involved removing the pericardium. His doctors expect a full recovery and assured him that he should be able to return to his normal activity and ministry schedule.”

That good news was met with hate and derision from the Left.

Several people online smeared him as a bigot because of his Christian views and support of Donald Trump.

The Left have a nasty habit of delighting in the grave misfortune of their political enemies.

Conservatives rarely ever cheer the death or failing health of prominent liberals.

Some on the Left were actually shocked when Trump had kind words for Supreme Court Justice Ruth Bader Ginsburg immediately upon hearing of her passing.

A surreal moment as Trump finishes a rally, with music still playing, and learns for the first time that RBG died.

One hopes this will be portrayed by media as a unifying moment for conservatives and progressives.
pic.twitter.com/Dogljz0hRN

Sadly, polls show that church attendance in America is waning as many more people identify as atheist or agnostic.

The Left’s hostility toward faith is creating a crisis for the country because wokeness has emerged to fill the God-shaped hole.

Wokeness has all the hallmarks of a secular religion, and there is no grace or forgiveness for those who “sin.”

The Left’s nastiness toward Graham is indicative of what the woke religion is all about.

And while most administrations at least give lip service to people of good will, the White House is silent over this leftist attack on Graham.