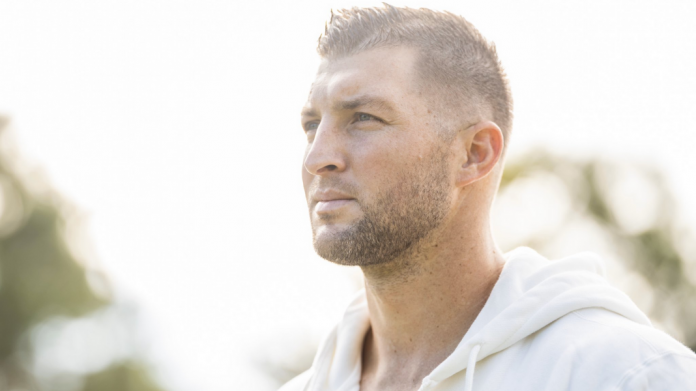 Tim Tebow is one of the most accomplished sports stars in history.

He is also a devout Christian, who isn’t afraid to profess his faith publicly.

And what he just said about his faith in God will send any Christian into tears.

He was mocked mercilessly over his decision to save himself for marriage, and for his public declaration of his Christian faith on the field.

But while the media was mocking him, many young Christians looked to him as a source of inspiration, especially for his refusal to back down from his values under scrutiny.

In a recent post online, he spoke out more on his faith than he even had previously.

He spoke about the impact that Ravi Zacharias’ ministry has had on his life following news that the great Christian apologist is in his final days following grim news that there are no other treatment options for his advanced stage of cancer.

Zacharias was diagnosed with a rare form of bone cancer in March, and was only just informed by doctors that there is nothing more they can do.

“We have just learned that while the tumor in my dad’s sacrum has been responding to the chemotherapy, the area where the cancer metastasized has actually worsened,” Ravi Zacharias International Ministries CEO Sarah Davis wrote. “His oncologist informed us that this cancer is very rare in its aggression and that no options for further treatment remain. Medically speaking, they have done all they are able.”

Tebow struggled to hold back tears as he spoke about how the ministry helped him.

“I think it’s really important in life to have heroes, and especially in the faith, and one of my heroes of the faith is a man named Ravi Zacharias. He’s not doing very well,” Tebow said.

“So one, I would like to ask you to be praying for him. And two, I know Ravi has inspired me and millions of people around the world, so if he’s someone that has inspired you, I would like for you to please write a sweet caption on this, because I would love to be able to show this to him and his team,” he continued.

Tebow went on to state that he is “so grateful for Ravi and his life and our friendship and everything that he has helped mentor me in,” before asking his followers to share their own stories.

Tebow finished his statement by stating that, “He will definitely be in the hall of faith, and we’re just so grateful for his life, for his impact, for his ministry.”