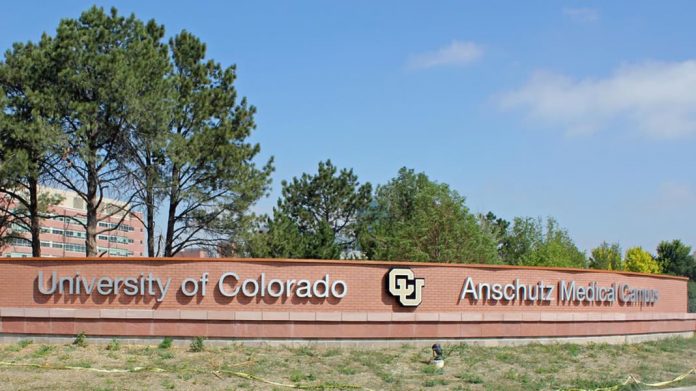 They want Christians to support their radical agenda or shut up.

And what one university is forcing Christians to do will have you seeing red.

The University of Colorado is being sued after forcing a Christian group, Ratio Christi, to allow radical atheists and other “non-Christians” to lead their Bible studies.

The University of Colorado at Colorado Springs is being sued after demanding that a Christian organization permit “atheists or other non-Christians to lead their Bible studies” in order to be recognized on campus.

While the school officials declined to comment on the situation, the Alliance Defending Freedom stated that: “The university refused to grant Ratio Christi registered status because it only allows those who share and personally hold beliefs consistent with the group’s mission to serve as its leaders.”

“As a Christian apologetics organization, Ratio Christi seeks to defend the Christian faith and explain how the Bible applies to various current cultural, ethical, and political issues. Any student can attend its events. Any student of any faith can become a member of Ratio Christi, as long as he supports the group’s purpose. But Ratio Christi requires that those who lead the Christian organization must share its religious beliefs. As a result, the university has denied it registered status, limiting its access to funding, meeting and event space, and administrative support,” said the legal team.

The lawsuit disputes the school’s belief that it can refuse registered status to groups if they choose leaders that agree with the group’s religious outlooks.

Additionally, it notes other biased actions by the school against the Christian group, including that “non-religious groups are allowed to select members who support their purposes. And the university allows fraternities that admit only men and sororities that admit only women to continue as registered student organizations, in contradiction to the university’s policy against ‘discriminating based on sex.’”

This is a direct assault on the Christian students’ First Amendment rights.

As the lawsuit points out, any particular group is allowed to select leaders that agree with the group’s beliefs at large.

Any math, history, or politics group would be allowed to select their leaders based on their merit.

But to deny Christians the same right is to persecute them because they are Christian.

Unfortunately, this is an epidemic on campuses across the country.

As Culture Watch News reported, a student senator at UC Berkeley was harassed for simply sharing her Christian beliefs.

Christians all across the country are under attack because of their faith.

And radical leftists won’t stop until Christians are eradicated from Academia entirely.

Do you think the Christians should be allowed to pick their group leaders? Let us know in the comments below.