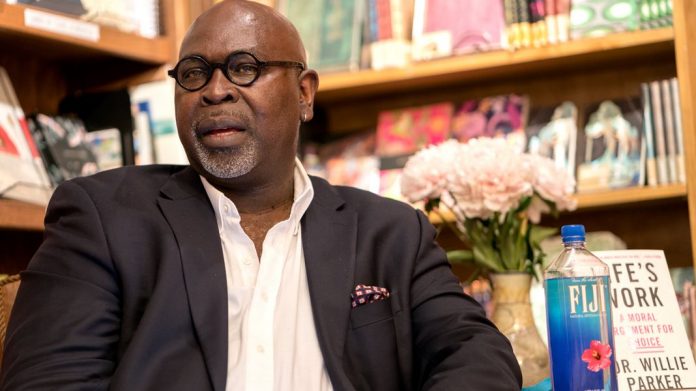 Abortionists just won’t give up their charade.

They will use any means necessary to deceive people into believing their propaganda.

And what this self-proclaimed “Christian” doctor said about abortion will make you sick to your stomach.

Dr. Willie Parker claims to be a “Christian” abortionist who has been committing abortions since 2002.

In defense of his bloody business, he’s even said, “I believe, as an abortion provider, I’m doing God’s work.”

In an Op-Ed for the Huffington Post he stated he is “proud to be an abortion provider.”

Planned Parenthood has gone so far as to form a Clergy Advocacy Board of “faith leaders.”

Their goal is to use propaganda to get Christians to believe that abortion is a “moral good.”

40% of women who’ve had abortions claim to regularly attend church.

70% of women who’ve had abortions profess to be Christians.

If Planned Parenthood is successful at getting Christians to buy into their propaganda, it will solidify abortion-on-demand in America for generations to come.

But abortion is nothing more than murder.

They don’t care they are committing murder.

In his Op-Ed, Dr. Parker called for an increase in abortion facilities so more women could receive “care.”

He conveniently forgets that there are other places to go for real care that don’t involve abortion.

There are also free clinics and hospitals across the U.S. that offer women’s health services.

Needymeds.org has a database of 16,574 free/low-cost/sliding scale clinics that works based on location and the overwhelming majority of them are not Planned Parenthood.

A map by the Charlotte Lozier Institute drives this point home:

But abortion doctors like Willie Parker would rather distort the facts to make abortion-on-demand commonplace nationwide.

They know that “safe, legal, and rare” is no longer the goal for today’s Abortion Lobby.

Do you agree with abortion doctors like Willie Parker?