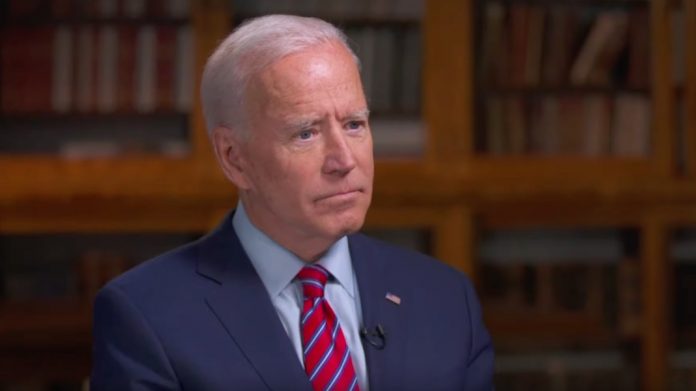 Joe Biden and the Left use every organ of the Washington, D.C. Swamp to get their way.

Americans are mad and they’re rallying together to make their voices heard across the country.

And what this Swamp lobby demanded Joe Biden do to shut down American parents will blow your mind.

There have been more front-page headlines about American parents rallying together to make their voices heard at school board meetings in the last year than ever before.

Government schools around the country are pushing radical leftist curriculum on unsuspecting children in hopes of indoctrinating the next generation.

Parents have had enough, and are speaking up.

To them, parents have no business butting in on the elites’ plans to indoctrinate children.

As Hillary Clinton famously stated, they want the “village” in charge of raising American children.

Clinton-friend and Virginia Democrat gubernatorial candidate Terry McAuliffe even just publicly stated that parents shouldn’t have the right to tell schools what they should teach in a candidate debate.

Leftist educators and administrators believe they own these children and should be allowed to teach whatever they want – without parental interference.

And a big Swamp lobby just came clean with how much they fear involved parents.

The National School Boards Association (NSBA) just called for Joe Biden to consider parental protests to be “a form of domestic terrorism.”

NSBA sent a letter to Joe Biden asking for “federal assistance” to stop threats and acts of violence against “public school children, public school board members, and other public school district officials and educators.”

What violence is being perpetuated against “public school children?” Is it violence that parents don’t want their children learning about transgenderism or Critical Race Theory?

Democrat propaganda machine CNN jumped right into the mix and started airing clips of this so-called “violence” at school board meetings.

The only problem was there was no violence.

Of course, when the Left starts fiery riots that destroy innocent people’s livelihoods, the likes of which CNN called a “peaceful protest,” but parents speaking out against the indoctrination of their children is suddenly “violence.”

This isn’t about the safety of children for the Left, it’s about brainwashing an army of new left-wing activists to preach everything the Democrat Party is pushing and more.

Parents have a right to know what is being taught to their children and to speak up when they believe the curriculum is harmful, which in many cases recently it is.

But the Biden administration’s pals believe American parents who speak up deserve the label “domestic terrorists.”