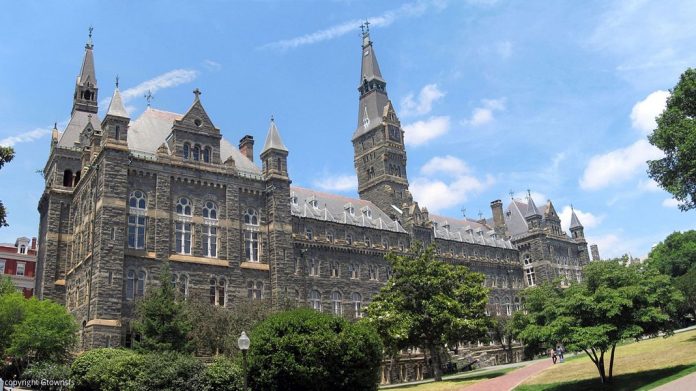 The left is completely unhinged.

Leftwing academics are more militant than ever.

And now this radical college professor just advocated taking it to the next level.

She said this of Lindsey Graham (R-SC) and other ranking members of the Senate Judiciary Committee in a disgusting, hateful tweet.

But she didn’t stop there.

She also called for castrating their corpses and feeding them to swine.

Dr. Carol Christine Fair, an associate professor in the Security Studies Program at Georgetown, said white Republican senators, specifically Sen. Lindsey Graham, R-SC, who defended Kavanaugh in a fiery speech, “deserve miserable deaths.” Fair went on to say in her Saturday message that the living should “castrate their corpses and feed them to swine.”

“Look at [this] chorus of entitled white men justifying a serial rapist’s arrogated entitlement,” she wrote. “All of them deserve miserable deaths while feminists laugh as they take their last gasps. Bonus: we castrate their corpses and feed them to swine? Yes.”

Maxine Waters (D-CA) set off a ticking time bomb when she called for the open harassment of Trump administration officials and supporters.

It wasn’t long ago when a Bernie Sanders supporter opened fire on Republican elected officials at a practice for a charity baseball game.

Luckily he fully recovered and is back in the House.

But the Left has only turned up the volume on their violent rhetoric since that day.

There is nothing the left won’t say or do to further their “tolerant” ideology.

Do you think Dr. Fair should be fired for what she said?