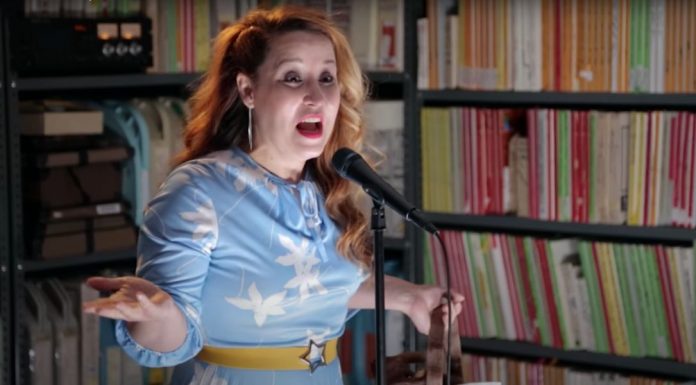 The Left has become an unhinged cult.

Nothing is too extreme or inappropriate for them so long as it’s in pursuit of leftism.

And what this deranged actress said about black men over SCOTUS abortion decision left everyone’s jaws on the floor.

Of all the issues that animate the Left, nothing is more triggering than abortion.

If they aren’t allowed to kill babies, they go berserk.

Such was the case when actress Amanda Duarte heard the news of the Supreme Court leak of a draft opinion from Samuel Alito that could signal the overturning of Roe v. Wade.

In an attempt to outflank her “woke” comrades, Duarte tweeted, “I do wonder how these white supremacist lawmakers would feel if their little white daughters were raped and impregnated by black men.”

Her tweet not only suggested black men are likely rapists but even more ridiculously that white parents would be okay with their daughters being raped by a white attacker.

The next day, she tried to come back with an apology, writing, “I tweeted something extremely stupid and racist last night. I deeply apologize and will not try to defend or explain it. Again, sincere apologies to anyone who was hurt by it.”

Duarte tried to tweet through the carnage, but continued to get ratioed.

The Twitter account Defiant L’s, an account that juxtaposes leftists’ old comments with new ones where they have reversed themselves, had the best response to Duarte’s apology.

He dug up a graceless response of hers to someone else who had apologized for something.

Duarte’s outburst is not unique.

This is how the progressive Left think.

And she is not a fringe outlier; she has written for The New York Times and The New Yorker.

Her “woke” comedy is also just as insufferable as one could imagine.

Amanda Duarte’s Woke Comedy is worse than her tweets. pic.twitter.com/M3WwsUqjUj

In 2016, she said she wanted to have Trump’s baby so she could chop its head off.

It’s almost as if half the country is at war, and the other half is asleep.

Time to wake up, folks. pic.twitter.com/5ezFrvDb2g

Leftist don’t hesitate to shoe how demonic they’ve become on the issue of abortion.

They don’t even pretend to believe in “safe, legal, and rare” anymore.

Abortion is one of the main tenets of their Communist vision.

In order for all of society to be made into their utopian vision, women must have the right to sex without “consequence.”

Ruth Bader Ginsburg was at least honest when she made that point.

The leftists of today just screech and howl and demand blood sacrifices.