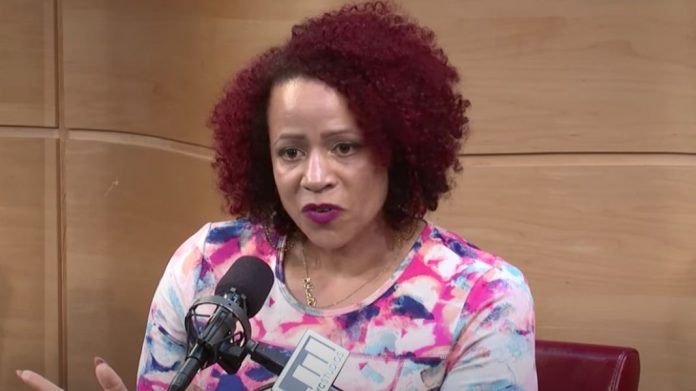 The 1619 Project is a controversial school program that pushes the idea that America was founded on racism.

Many say it teaches nothing but hatred towards America.

And what the founder of the 1619 Project just said about America will leave you fuming.

With the rise of the Black Lives Matter movement, the 1619 Project has gained in popularity.

It has gained so much in popularity that many classrooms across the nation are even using the 1619 Project’s curriculum to teach American history.

The 1619 Project is a project by The New York Times which, according to The New York Times, “aims to reframe the country’s history by placing the consequences of slavery and the contributions of black Americans at the very center of the United States’ national narrative.”

And many have claimed that the 1619 Project just spews hatred towards our nation and does so in the classroom to indoctrinate impressionable children.

But there shouldn’t be any question about the true intent of the Project when you see what the founder of the 1619 Project had to say about our nation and our founding fathers.

But that wasn’t all she had to say about our nation.

Nikole Hannah-Jones makes it loud and clear that the 1619 Project is just another tool by the Left to indoctrinate children with anti-American sentiment.

And President Trump has had enough of the 1619 Project with its anti-American sentiment.

After learning that schools in California are directly using the 1619 Project’s class curriculum, President Trump tweeted, “Department of Education is looking at this. If so, they will not be funded!”