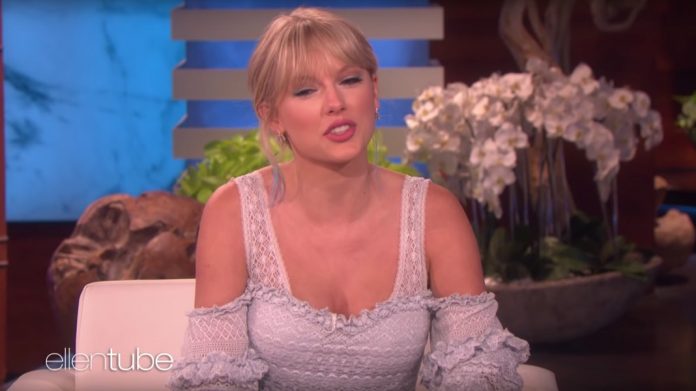 The U.S. women’s soccer team has become a national disgrace.

But because of their far-Left positions, they have become superstars in the media, with Hollywood elites fawning over their every word.

And what Taylor Swift just said about them will change everything for the Left.

Taylor Swift is one of the biggest stars in music.

With hundreds of millions of followers, she is able to reach most of America with just a simple post online.

That’s why she has been getting involved in politics in recent months.

She even publicly threw her support behind Democrats in the 2018 midterm elections.

And she also recently released a music video that many believe to be anti-Trump, which appears to portray Trump supporters as “trailer trash.”

But her recent statements about the U.S. women’s soccer team are at an entirely new level.

She threw her support behind a lawsuit filed by the soccer team to close the non-existent “gender pay gap.”

Swift said that women players are underpaid before telling her supporters to “please, please, please support [them], because this isn’t over yet.”

Pop superstar Taylor Swift joined the chorus of left-wing activists demanding the rectification of the dubious “gender pay gap” for female soccer stars, while accepting the Icon Award at the Teen Choice Awards on Sunday from the U.S. women’s soccer captain Alex Morgan.

“First, I want to talk about Alex Morgan,” Taylor Swift began, repeating the false assertion that women players are underpaid, despite the fact they bring in significantly less revenue than their male counterparts. “The fact that she’s here presenting this to me is such an honor and not only winning the World Cup with her amazing teammates, right?”

“While they were winning the World Cup, they were also taking a historic stand in terms of gender equality [and the] gender pay gap,” the crooner continued. “Please, please, please support her and her teammates because this isn’t over yet. It’s not resolved.”

In March, the women’s soccer team launched a gender discrimination lawsuit against the United States Soccer Federation for allegedly violating the Equal Pay Act and Title VII of the Civil Rights Act. Their lawyer Jeffrey L. Kessler recently confirmed the case was moving “full-speed ahead.”

The reality is the gender pay gap isn’t real.

It especially isn’t real when it comes to the U.S. soccer team.

The men’s team brings in significantly higher amounts of revenue than the women’s team.

And when that is taken into account, women actually make a higher percentage of their revenue than men do.

Do you think Taylor Swift should stay out of politics?