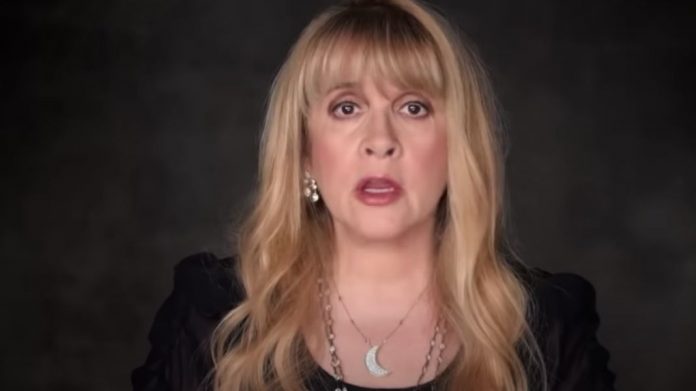 The music industry is filled with Leftists who are vocal about their political viewpoints.

And many times whenever a music artist blurts out their viewpoints most people ignore their comments.

But what Stevie Nicks claimed about abortion left Fleetwood Mac fans in shock.

Oftentimes in Hollywood and other hubs for music artists, there seems to be a running battle as to who can be more “woke” among the group.

This leads to music artists making outlandish claims to support their leftist viewpoints.

And more often than not, their fans just ignore their statements as nothing more than a way for one artist to out-woke the next artist.

But recent remarks by Fleetwood Mac’s Stevie Nicks are hard to ignore.

Stevie Nicks, the famed lead singer for the Rock Hall of Fame inducted band Fleetwood Mac, claims that she is glad to have an abortion for the sake of the band’s success.

In an interview with The Guardian, Nicks claimed, “If I had not had that abortion, I’m pretty sure there would have been no Fleetwood Mac. There’s just no way that I could have had a child then, working as hard as we worked constantly. And there were a lot of drugs, I was doing a lot of drugs. I would have had to walk away [from the band].”

Nicks went on to explain why Fleetwood Mac was so much more important than the life of her baby.

Nicks gleefully explained, “I knew that the music we were going to bring to the world was going to heal so many people’s hearts, and make people so happy. And I thought: You know what? That’s really important. There’s not another band in the world that has two lead women singers, two lead women writers. That was my world’s mission.”

And not missing a chance to bash President Trump Stevie Nicks continued claiming that if President Trump “puts the judge he wants in” then Judge Barrett would “absolutely outlaw [abortion] and push women back into back-alley abortions.”