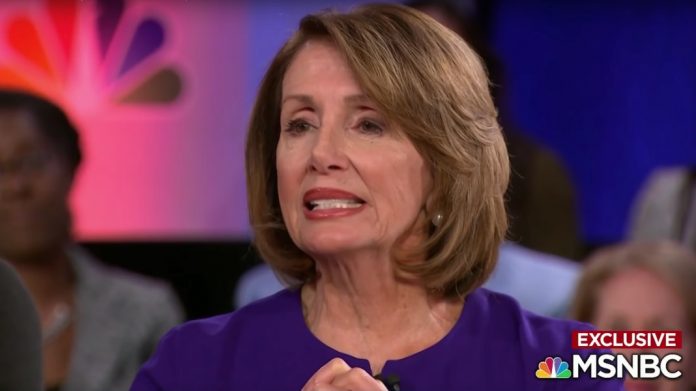 But what they’re now trying to pass off as “supporting border security” will turn your stomach.

Nancy Pelosi thought she could pull a fast one.

Among her first steps as Speaker of the House was a spending bill that would end the government shutdown.

But not only did she refuse to fund President Trump’s border wall, buried in the bill was an attempt to overturn a Trump administration policy preventing taxpayer dollars from being used to provide or promote abortion internationally.

What’s more, the Democrat spending bill would funnel more than $37 million in taxpayer funds to a United Nations program long criticized by pro-life groups for coercing abortion and involuntary sterilization.

The spending bill would repeal a provision instituted by President Trump that requires foreign nongovernmental organizations to certify that they will not “perform or actively promote abortion as a method of family planning.” The provision, formally known as the Protecting Life in Global Health Assistance policy, was once called the Mexico City Policy, known by critics as the “global gag rule.”

The bill also would increase funding by $5 million for the United Nations Population Fund, to $37.5 million. Anti-abortion organizations oppose the program because they say it participates in coercive abortions and involuntary sterilizations.

Nancy Pelosi won’t spend a dime on a border wall to protect Americans.

But she thinks a better use of American taxpayer dollars is to push abortions internationally.

This shows the left’s true colors.

The good news is, the Trump administration has so far rejected any bills that don’t fund the border wall.

But Democrats could use reversing the Mexico City Policy (which blocks U.S funding of globalist pro-abortion organizations) as a bargaining chip.

Do you think U.S. taxpayers should foot the bill for organizations that push abortion internationally?