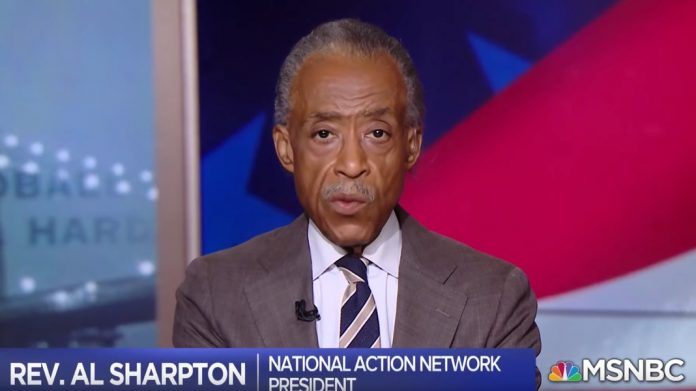 The corporate-controlled media has come all-out in support of abortion.

In fact, they claim that you must support it to be a Christian.

And what MSNBC said about Jesus supporting abortion will leave Christians furious.

If there is somebody you can always count on to have a dumb opinion, it is Al Sharpton.

The professional race-baiter’s entire career is based on creating controversy in order to cash in.

His latest grift is on MSNBC, where he hosts PoliticsNation.

And responding to Texas’ new pro-life law, he and his guest, Dr. Obery Hendricks, claimed that supporting abortion is the Christian position.

Hendricks is the author of Christians Against Christianity, How Right Wing Evangelicals are Destroying our Nation and our Faith, and is known to rail against conservative Christians.

Sharpton set up the discussion by claiming, “Many Catholic leaders are cheering the new anti-abortion law. They face criticism, though, from a fellow Catholic, President Biden – the second President in U.S. History to be of the same faith.”

He went on to ask Dr. Hendricks about how Biden can “navigate” the tension between his pro-abortion politics and his Catholic faith.

Hendricks acknowledges that the Catholic Church teaches that abortion is a sin, but laughably claims that the Bible doesn’t say that.

He began, “First, Catholic moral teaching teaches that abortion is a sin, and therefore is murder. But that’s their doctrinal and ideological position. Biblically, it doesn’t say anything about abortion is a sin or murder. Anyone who teaches differently is not telling the truth.”

The author concludes his point, “And so, even though he is contradicting the teaching of his faith, biblically, which is supposed to be the most important thing, he is on firm ground.”

There is no book more pro-life than the Word of God.

Anybody claiming that the Bible supports abortion is directly attacking Jesus Christ.

But his statements aren’t shocking.

They are shared by many on the far-left, many of whom claim to be Christians and Catholics.

Instead of defending the unborn life, they ignore the unborn life and claim that if a woman wants her unborn baby dead, she doesn’t only have the legal right to do so, but she is in the moral right as well.