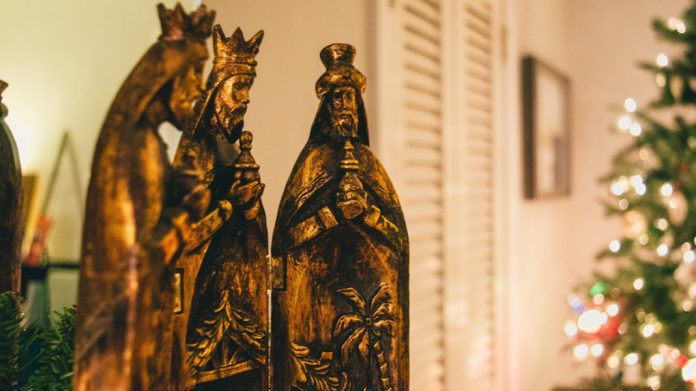 Nothing scares liberal activists more than the nativity story.

To them, the story of a babe wrapped in swaddling clothes lying in a manger being visited by wise men is a bloody sore on the history of mankind.

And what liberal activists did to this town’s 70 year Christmas tradition will make you see red.

A public school district in Michigan was issued a warning by civil rights activists to remove their 70-year-old Wise Men display or face a lawsuit.

The beloved display of the three Wise Men sits on top of Newaygo Elementary School.

The Michigan Association of Civil Rights Activists (MACRA) put the Newaygo Public School District on notice because they allegedly received a complaint that the display was offensive.

But most citizens of the small Michigan town want the display to stay up as part of a decades-old tradition.

A popular, long standing Christmas decoration is in risk of getting taken down after a civil rights group opposes it standing on top of a public elementary school.

“It’s just a symbol of our community it’s always been there and we love it,” says Amy Postma.

For decades the Three Wisemen have watched over Newaygo from high on top of the elementary school. Three wisemen heading towards the star of Bethlehem. A tradition for Newaygo, but possibly an illegal tradition, a failure to separate church and state.
…
People around town have been talking about the controversy over the weekend and very few want to have the decorations taken down.

“It would be just as ridiculous to say you can’t have Santa Claus in the bank taking pictures with kids,” says Postma, a lifelong Newaygo resident, “It’s a part of the festivities.”

Leftwing secularists have pushed the War on Christmas to new heights this year.

As we recently reported, a town in Ohio was forced to take down their nativity scene after receiving threats from the Freedom From Religion Foundation.

And another school in Nebraska banned Christmas colors, Christmas carols and candy canes.

Do you think that Christmas is offensive? Let us know in the comments!