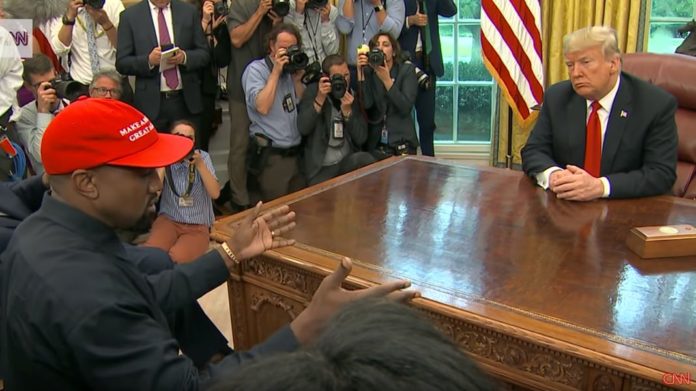 In the past year, Kanye West shocked the world by publicly professing his Christian faith.

He has now released two Christian albums that have been heard worldwide.

And what Kanye West just said about Church will put a smile on any Christian’s face.

Kanye West is one of the biggest rappers in history.

And while much of his music has promoted anti-Christian lifestyles, he has now repented, and now hosts a church service every single Sunday.

During one of those recent services, he explained how going to church has changed his life, explaining that it has become his “alternative to opioids” and pornography.

Kanye West’s popular Sunday Service events hit the one year mark this week and on the anniversary of the gospel music gatherings, the rapper testified that the services saved his life.

West held his latest service at a homeless shelter on Skid Row in Los Angeles.

Hosted in LA’s Union Rescue Mission, the Sunday Service featured West’s choir and a short message in which the Yeezy founder revealed that he wants to end worldwide homelessness.

“Like for me Playboy was my gateway into full-on pornography addiction,” he explained.

For many years, Kanye West was in the spotlight for his drug problem.

But now he is in the spotlight for speaking a positive.

And unsurprisingly, the media is much more negative to him now.

Speaking the word of God is against everything the mainstream media is against, so that isn’t really surprising.

What do you think of Kanye West?