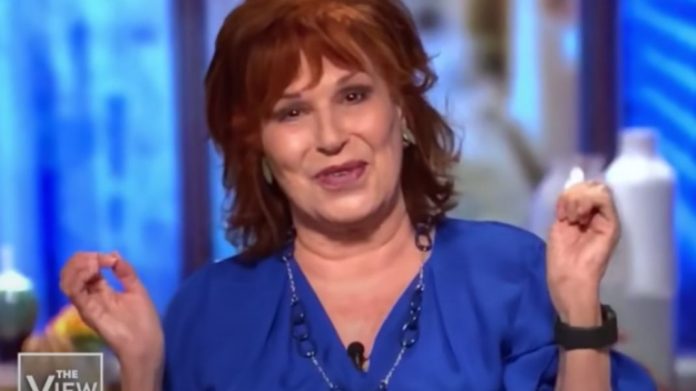 The Left loves to scream baseless claims about Conservatives being racist.

When you boil it down, it’s actually leftists who promote racism.

And what Joy Behar just scolded black people over showed yet again why she is the dumbest woman alive.

“Wokeism” is a disease.

White woke folks literally think they are not racist if they call other people a racist.

They’re the equivalent of an obese bully on the playground who called all their classmates nerds so no one one would point out how enormous they are.

Ever tell a leftist you didn’t vote for Barack Obama because you didn’t like his policies?

How about that you believe in the need for voter IDs at the polls?

Anyone with a brain knows the left-winger’s response to either . . . scream racist!

To woke white folk anyone who dares oppose them is no different than a full fledged klan member.

One of the babbling idiots who leads the woke brigade is Joy Behar.

The woman is nothing more than a bag of hot air but for some reason middle class suburban women follow her and the others on The View as if they are philosophers on politics.

Well this modern-day Aristotle-for-woke-women had some very enlightening words to share with her followers recently.

Behar decided to attack black people who opted against the sacred COVID shot.

A recent study by the Kaiser Family Foundation reported that only forty-six percent of black adults in America have at least one dose compared to fifty-four percent of white adults.

So that study prompted Behar to claim:

“How do they get through to people like the black audience, for instance, the African-American community, who has been burnt in the past by these [sic] Tuskegee experiment and things coming out that have harmed them. I don’t blame that community for being skittish about it, but I say that so many white people have gotten it now, you know, the experiment has been done on white people now.”

The repugnant host on The View and her woke ilk don’t believe the average black adult can think for themselves.

How is that not racist?

Why should they follow the example of white people and listen to this white woman rant about how they should get the vaccine?