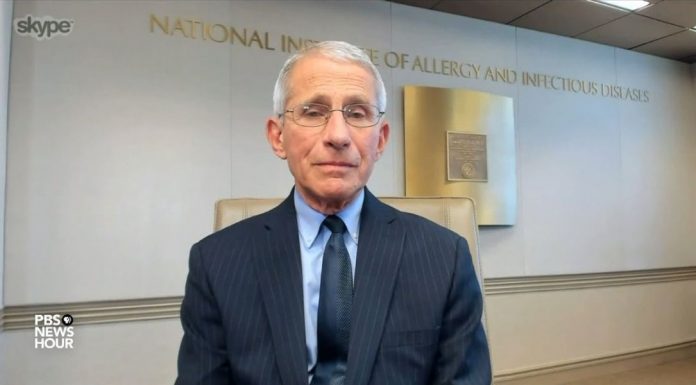 Dr. Anthony Fauci is treated like a saint by the Left.

But he is far from it in reality.

And what Dr. Fauci did to attack Christians was just revealed in a bombshell email.

Dr. Anthony Fauci is in a world of trouble after his emails were released following a Freedom of Information Act (FOIA) request.

All of his dirty secrets, inconsistencies, and lies were exposed to the world.

But a series of emails that isn’t getting as much attention as it should relates to Fauci’s handling of religious services.

Over the past year, Churches around the country have been shut down.

Pastors have been fined and even arrested for daring to worship on Sunday.

And it is now clear that it was all at the direction of Dr. Anthony Fauci.

But that’s far from the worst part.

As he was calling for religious services to be shut down, he was advising that holding campaign rallies and boarding cruise ships is completely safe.

In an email dating March 5, 2020, Fauci responded to the Director of the National Institute of Mental Health, who asked if church services should be canceled.

At the end of a heavily redacted email, Gordon asked, “Should I counsel them to cancel service this Friday/Saturday? I’m hoping you can spare a bit of time for this advice, [redacted] . . . PSS great job today in the hearing,” Gordon asked.

“You should counsel the rabbi to cancel the services this [redacted]. Are the local/city/state health departments [redacted] doing any contract tracing?” Fauci responded.

But four days later, Fauci told the country that it is perfectly safe to attend campaign rallies and take cruises.

Clearly, his priorities were to target religious Americans.

Another example of this over the summer of 2020, during Black Lives Matter’s summer of rage, where they burned down cities across the country.

“Crowding together, particularly when you’re not wearing a mask, contributes to the spread of the virus,” Fauci responded.

Jordan responded, “Should we limit the protesting?”

“I’m not in a position to determine what the government can do in a forceful way,” Fauci responded.

This happened as churches were being forced to close under the threat of fines and arrest.

Fauci was happy to make clear that was okay, while refusing to say the same about BLM riots.