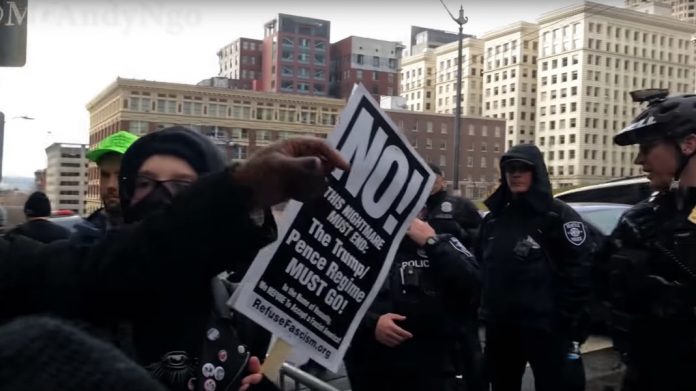 The Fake News Media has downplayed Antifa as a “protest” organization.

But their communist history and ties to the USSR as a psy-ops organization has been documented meticulously by multiple university professors.

And now Antifa’s next move will have you up in arms.

Antifa is raising money on Patreon for a revolution.

The “Red Guards Austin” is using Patreon to raise money for “revolutionary violence.”

Red Guards Austin is an Antifa cell that recruits and radicalizes far-left extremists.

We have extensively reported on the violent and often illegal activity of Red Guards Austin (RGA). Like many Antifa cells, RGA uses tech platforms to recruit, radicalize, and mobilize other far-left extremists; this particular cell has almost eight thousand Facebook followers. While big tech companies have been systematically censoring conservatives and right-of-center influencers, violent far-left groups appear to be free to openly violate the Terms of Service for these platforms without any consequences. The same appears to be true with Patreon as this violent extremist group has an active account and explicitly says they are “creating revolution”.

Let’s take a deeper look at some of RGA’s “Mainfest Observable Behavior”.

In a blog post they published titled “In These Times Pacifists are Shameful“, they advocate for a violent revolution against capitalism.

“we must seriously take up the task not only of self-defense on the personal and community level, but we must also struggle to unite all genuine antifascists behind the necessity of revolution. Revolution means the long fight for communism and nothing less.”

Patreon has recently been under fire for site censorship of conservatives like YouTube stars James Allsup and Sargon of Akkad, saying their rhetoric is “dangerous.”

But they find no problem letting violent leftist groups stay on their service.

Even liberals such as Sam Harris have closed their accounts in protest of the service’s attack on conservatives, causing the company’s revenue to take a hit.

Should websites like Patreon be supporting communist terror organizations? Let us know your thoughts in the comments section below.