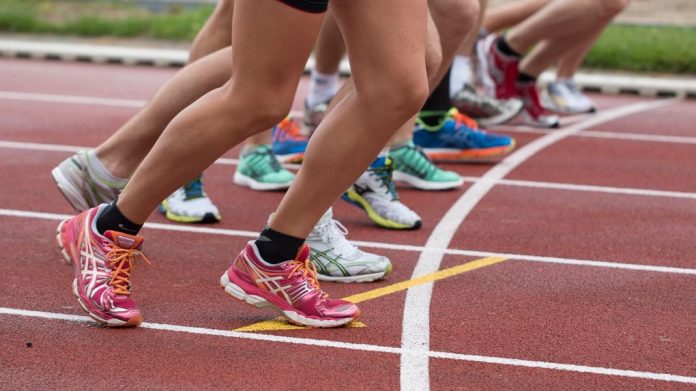 Since the Supreme Court’s ruling on gay marriage, LGBT activists have become more radical than ever.

Now they want men in women’s bathrooms and boys who think they are girls to play on women’s sports teams.

And what a transgender athlete just did will infuriate every Christian in America.

She even requested an investigation into the U.S.A Powerlifting team for “discriminating” against transgenders.

But there have been dozens of high-profile cases of men who think they are women joining women’s teams to use their natural advantages to get a head-up on the competition.

The latest case comes out of Montana, where a senior at the University of Montana has switched cross country teams.

After being on the men’s team for three years, June Eastwood, who is a biological male, is joining the women’s team.

A biologically male runner in the NCAA’s top division is competing in women’s cross country this fall.

June Eastwood, who identifies as a transgender woman, will represent the University of Montana at a cross country meet Saturday.

Eastwood competed on the men’s track and cross country teams through May 2018, the Bozeman Daily Chronicle reported. “I felt like I still had more years in me, and that I would regret it later on if I didn’t at least try to do what I am doing,” Eastwood told the local paper, describing the decision to compete on the women’s team.

“Our goal is to be supportive of all student-athletes. I understand there will be varying opinions,” university athletic director Kent Haslam told the Daily Caller News Foundation in an email. “We have followed the NCAA bylaws and policies in place when it comes to inclusion of transgender student-athletes and participation in intercollegiate athletic competition.”

“I am not in a position to know if June will gain an unfair advantage. It is not my area of expertise and therefore we rely on the policies as set by the NCAA,” Haslam added.

This is far from an isolated incident.

Three high school girls in Connecticut have filed a lawsuit over two biological males being able to compete against them.

All three have lost top finishes in races due to the men competing against them, and it could cost them athletic scholarships.

Do you believe men who think they are women should be allowed to compete against women?