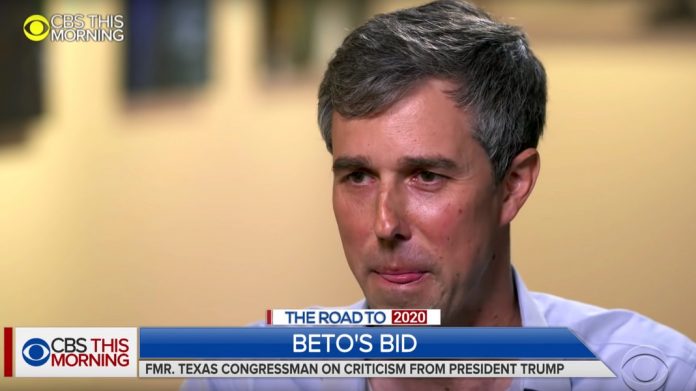 The radical Left has become more extreme than ever when it comes to the grizzly act of abortion.

They want more abortions at later and later points in pregnancies.

And what a top Democrat just said about unborn babies will leave you sick to your stomach.

When asked about abortion, Democrats usually try to walk around the question by simply saying “it’s a woman’s right to choose.”

But rarely are they asked extremely specific questions like Robert Francis “Beto” O’Rourke was during a recent town hall for his failing presidential campaign.

A student began his question by stating that his date of birth is September 8, 1989 and questioned O’Rourke if his life had no value on September 7, 1989.

In a jaw-dropping admission, O’Rourke basically says “yes,” by stating that it’s “a decision for the woman to make.”

O’Rourke was speaking at the College of Charleston’s “Bully Pulpit” candidate series when he was asked about abortion by a pro-life audience member.

“Someone asked you specifically, specifically about third trimester abortions, and you said that’s a decision left up to the mother,” the attendee asked. “So, my question is this: I was born September 8th, 1989, and I want to know if you think on September 7th, 1989, my life had no value?”

“Of course I don’t think that,” O’Rourke said, “and, of course, I’m glad that you’re here.” He then shifted his response by repeating his previous talking points about the woman having the right to choose whether to have an abortion even if it’s a day before she is expected to give birth.

“This is a decision that neither you, nor I, nor the United States government should be making. That’s a decision for the woman to make,” O’Rourke said, sparking cheers from women in the crowd. “We want her to have the best possible access to care and to a medical provider, and I’ll tell you the consequence of this, this attack on a woman’s right to choose.”

The amount of insanity in the Democrat Party is staggering.

It is hard to imagine what must be going through somebody’s head for them to believe that abortion on the day before birth is okay.

Do you think the lives of unborn babies have value?