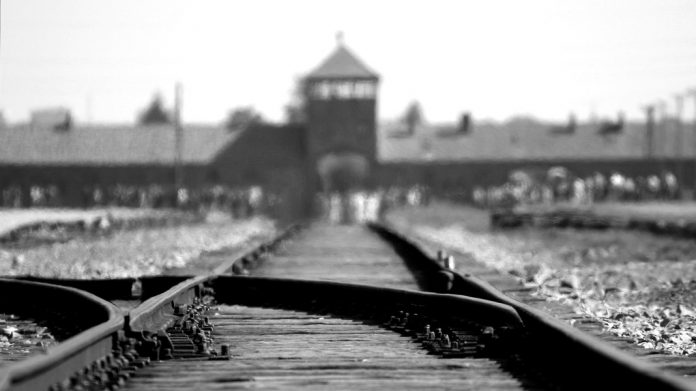 After Rep. Ilhan Omar called Israel “evil” and questioned the loyalty of American Jews to their country, the Democrat party refused to condemn her.

Then, Rep. Rashida Tlaib jumped on the anti-Semitic DNC bandwagon and said the Holocaust gave her a “calming feeling.”

Now, you won’t believe what this news organization just said about the Holocaust.

According to their press release, the video content and accompanying posts were on multiple Al Jazeera pages and social media accounts.

Al Jazeera was forced to take down the post after receiving immediate backlash for questioning Holocaust history.

The video, which argued that “the Zionist movement benefited from” the Holocaust, drew immediate outrage on social media. The video and all accompanying posts were removed by the network.

“Al Jazeera stated today, that it has taken disciplinary action and suspended two of its journalists over video content produced on the Holocaust. The video content and accompanying posts were swiftly deleted by AJ+ senior management from all AJ+ pages and accounts on social media, as it contravened the Network’s editorial standards,” Al Jazeera said in a statement.
. . .
The controversial video was promoted in Arabic and questioned Holocaust history and compared Zionism to Nazi ideology.

“Israel is the biggest winner from the Holocaust and it uses the same Nazi justifications as a launching pad for the racial cleansing and annihilation of the Palestinians,” journalist Muna Hawwa said in the video.

Hawwa later posted the video to Twitter with a caption in Arabic saying:

“My new story.. tell the story of the holocaust. DID HITLER KILL 6 million Jews? And how did the Israeli occupation benefit from extermination? And did hitler cooperate with the Zionist movement? And why can’t I guarantee the Palestinians to condemn the tragedy?”

The video was exposed by Israel’s Foreign Minister on Saturday.

This is the true face of Qatar’s Al Jazeera. Unabashed Holocaust revisionism and anti-Semitism on its Arabic channel.

It was up almost 48 hours before Al Jazeera removed it.

This isn’t the first time Al Jazeera has trafficked in anti-Semitism.

A regularly-aired Al Jazeera Islamist Cleric noted in a sermon aired on the network:

Throughout history, Allah has imposed upon the [Jews] people who would punish them for their corruption. The last punishment was carried out by Hitler. By means of all the things he did to them, even though they exaggerated this issue, he managed to put them in their place. This was divine punishment for them. Allah willing, the next time will be at the hand of the believers.

Critics say this proves that Al Jazeera agreed with the video’s contents and only deleted the video to “deceive” their western audience.

Coming on the heels of Representatives Tlaib and Omar’s disturbing anti-Semitic comments, many are arguing this video is mounting evidence of pervasive and growing Muslim extremism and anti-Semitism in left-wing politics.

You can watch the video for yourself below:

1/2 Holocaust Denial on Al-Jazeera Network: Israel Is Biggest Winner from Holocaust; It Uses the Same Justification to Annihilate the Palestinians (Thread…) pic.twitter.com/y8eJxXdZy8

Do you agree with Al Jazeera that Jews benefitted from the Holocaust?