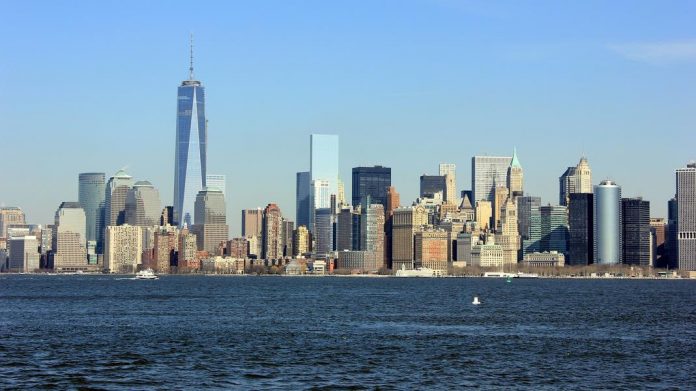 Since the 2016 election, radical leftists have been foaming at the mouth.

They see Trump and everyone who supports him as “deplorables” who are second rate citizens.

But wait until you see what the “tolerant” posters plastered around New York City have to say about conservatives.

In New York City, posters have been put on trash cans saying “Keep NYC Trash Free” with a picture of a white man with a “Make America Great Again” hat on and a Chick-fil-a cup in hand.

Another poster depicts a white woman with a “Make American Great Again” hat holding a Bible.

The posters were titled “Keep NYC Trash Free” and used the NYC Department of Sanitation logo, WPIX-TV reported — but the agency said it didn’t create or issue the posters and doesn’t condone “unlawful defacement of City litter baskets or public property. We are looking into this matter.”

What else is on the posters?

One poster depicts a white man wearing a white tank top and a MAGA cap. He also has a confederate flag “heart” tattoo and is holding a Chick-fil-A cup, if the stereotypes weren’t sufficient enough.

East 9th and Avenue A. #keepnyctrashfree

Another poster shows a white woman wearing a MAGA cap and clinging — bitterly, no doubt — to a Bible. No gun in sight, however.

#keepnyctrashfree this guy just blocked me! ????????????????????????[email protected]????????????the person responsible for putting up these ads! Repost from @bakedalaska – These are real ads running in New York City calling for the removal of “trash” which includes white people, trump supporters, and Christians. This is an all out assault on western society. Rise up gamers. #MAGA –

It is unknown who put these posters up, but it clearly shows the “tolerant” views they have toward their fellow Americans.

Radical leftists regularly encourage this type of behavior against conservatives.

Recently, CNN’s Don Lemon went on live television to tell everyone that “white men” are the biggest threat to America.

CNN's Don Lemon: "We have to stop demonizing people and realize the biggest terror threat in this country is white men, most of them radicalized to the right, and we have to start doing something about them." pic.twitter.com/OFu9fL3eHn

The leftists keep saying they embrace “diversity” and “tolerance” to create a more “inclusive” society.

But then they turn around and demonize the 63 million Americans that voted for Donald Trump in 2016.

Conservatives are tired of the virtue signaling and being preached to about “civility” when the left doesn’t know two things about morality, or how a civil society works.

Do you think radical leftists have gone too far in their disdain for conservatives?