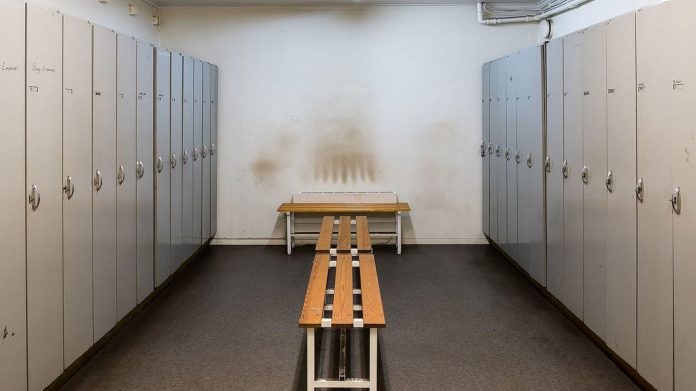 So-called “progressives” are targeting our children with their radical leftist agenda.

They want to institutionalize our younger generations for their political benefit.

But what they are forcing this middle school teacher to do is crossing the line.

The teacher is even being threatened with potentially losing his job if he refuses to supervise the girl showering.

A male P.E. teacher could lose his job at a Florida middle school because he refused administrators’ demands to supervise the showers where a biological girl could be showering with boys, according to a legal group.

The biological girl at Chasco Middle School in Port Richey, Fla., claims to be a transgender boy and was given access by the administration to the boys’ bathroom and locker room “with no forewarning” to the boys or their parents, Liberty Counsel said in a letter to the Pasco County School Board. Liberty Counsel is urging the board to change the policy. The letter was dated Sept. 28 but was released to the public this week.

Both P.E. teachers, Robert Oppedisano and Stephanie Christensen, objected to the biological girl being allowed in the bathroom and locker room without accommodations being made.
…
Boys came out of the locker room to express their concern but were told by Oppedisano and Christensen that nothing could be done. Administrators “had placed a gag order on them, and told them that they could not answer the boys on these questions,” the letter says.

Administrators further demanded that Oppedisano walk into the locker room and supervise the students, “despite a girl potentially being nude or undressed in that area.”
…
Oppedisano, the letter says, has been told by administrators “he will be transferred to another school as discipline for ‘not doing your job in the locker room.’”

The middle school boys that were forced to share their showers with the girl even expressed concern about the situation. Some boys were embarrassed after they were caught changing by the girl.

School admins placed a gag order on them to stop the boy’s objections.

This is a new low for the radical leftists.

They are damaging our younger generations by attacking the foundations of a functioning society.

The move to expose kids to LGBT agendas is nothing new, however.

All the while they hide kids from conservative and traditional views, labeling them as “dangerous.”

They want to force everyone to accept their radical LGBT agenda whether you like it or not.

Should the male P.E. teacher be fired for not complying with orders to supervise a girl showering with boys?