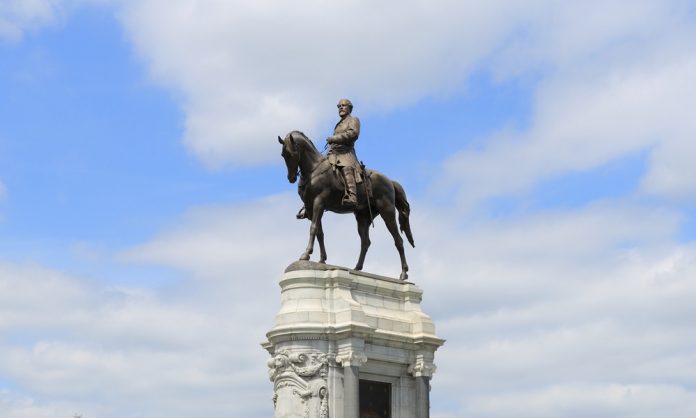 Radical Leftists want to destroy every piece of American history they can get their hands on.

They believe that America’s past is racist, and therefore should be completely forgotten.

And now, Virginia’s racist Governor could tear down historic statues over something insane.

Virginia Governor Ralph Northam got smacked with the biggest political scandal of his career earlier this year.

The Democrat Governor was exposed having pictures of himself either in blackface, or wearing Ku Klux Klan robes in his medical school yearbook.

Since the release of the picture, he has refused to resign and continues to struggle with admitting if he is actually in the picture that appears on his yearbook page.

But now, he is trying to prove he isn’t racist, and radical Leftists are trying to capitalize on that to remove Confederate statues in the state’s capital of Richmond.

Richmond was the capital of the Confederacy, and holds a lot of historical significance.

So it understandably holds statues honoring Confederate leaders and those who were killed or fought in the War Between the States.

That’s why a group of Left-wing protesters rallied to call for the removal of the statues over the weekend.

A group of racial justice advocates held a rally on Monument Avenue Saturday in protest of Richmond’s Confederate monuments.

The organizers called on Gov. Ralph Northam to remove the statues because they say the monuments, especially the statue of Robert E. Lee, are magnets for who they call “white supremacists.”

The rally ran counter to scheduled another rally organized by the Tennessee-based New Confederate States of America, which comes to Richmond from time to time to support the statues.

They are calling on Governor Northam to act because he is desperate to prove he isn’t racist.

Protesters are telling him that the only way to do that is to remove monuments of American history.

Right now they are targeting Confederate monuments, but will certainly move on to any historical figure that they disagree with.

Do you think monuments to American history should remain in place?