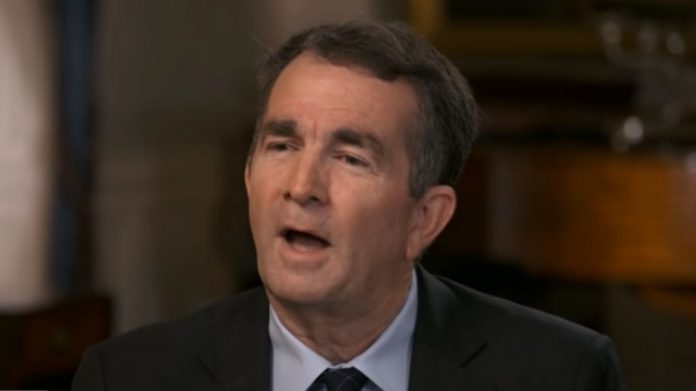 Since being exposed for his racist past, Virginia Governor Ralph Northam is doing everything possible to appease the left-wing outrage mob.

That’s why he is targeting Confederate monuments statewide.

But now he is furious about what just happened to one Confederate monument.

Black Lives Matter is on a rampage, tearing down every piece of American history that doesn’t conform with their radical Marxist views.

They have gone so far as to push for the removal of statues of Teddy Roosevelt, Abraham Lincoln, George Washington, and Thomas Jefferson.

Trump warned of this exact thing in 2017, following the initial pushes for removing Confederate monuments. “I wonder, is it George Washington next week? And is it Thomas Jefferson the week after? You really have to ask yourself, where does it stop?” Trump said.

The reality is that it doesn’t.

These radicals are pushing for removing American history, all of it. And there are few cases where they aren’t winning.

But in one of those rare cases, they just got smacked with terrible news from the former Capital of the Confederacy, Richmond, VA. Virginia Governor Ralph Northam has been pushing for removing Confederate history, specifically targeting a massive statue of Confederate General Robert E. Lee.

Northam hoped the statue would’ve come down already, but a judge ordered a temporary injunction last week to keep it standing.

And just this week, that same Judge changed that to an indefinite injunction, which means it will continue standing forever unless further action is taken.

“It belongs to the people,” Cavedo said of the statue during the hearing.

Needless to say, Northam and his minions aren’t happy.

“Essentially the judge agreed with us and dismissed the complaint. He has given him another opportunity to refile a new complaint in case they think they can make a better case and hearing is set in July after that’s done,” Herring said.

“I’m disappointed the judge did continue the injunction until after that hearing, so we’ll go from there, but I want to be clear about this…this grandiose monument to a leader of a four-year armed insurrection against the United States of America in order to perpetuate a brutal and immoral system that enslaved millions needs to come down,” he added.

So now the statue is, at least for the moment, protected against the mob.

Do you think Confederate monuments should be taken down?