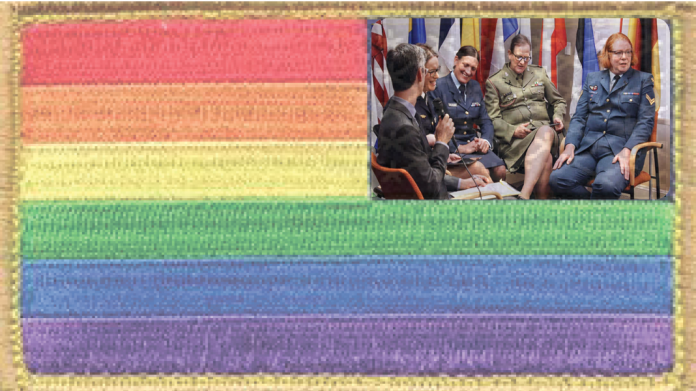 The world is becoming a more dangerous place for our nation by the day.

And a combat ready military is essential to protect us from foreign enemies like China.

But the U.S. military is planning to do away with combat fitness tests as we know it in pursuit of equality.

Since the fall of the Soviet Union, the U.S. Military hasn’t had to worry about direct military conflicts with an organized military of another nation-state.

But that’s not the case today.

China is building its military and influence in the Pacific that rivals only that of Japan’s rise to power in the beginning of the 1900s.

Iran is becoming more emboldened to push the Biden administration in whatever way it sees fit and to attack our allies.

And who knows what the chubby dictator in North Korea is planning to do in the next several years with a weaker Presidential administration than he was used to under President Trump.

But that’s not even the worst of it.

As America’s debt becomes insurmountable, it is clear that the only thing keeping nations from calling up the national debt is our military and threat of confrontation.

But if you think we are ready for a global military conflict then you are sorely mistaken.

The U.S. Army has used the Army Combat Fitness Test (ACFT) for years to determine which units and soldiers are physically ready for combat.

In the ACFT, soldiers and guardsmen are required to do a deadlift, a standing power throw, hand-release push-ups, a sprint, drag and carry, leg tuck, and a two-mile run.

They are scored on their results and must receive a minimum score of 360 out of 600 to pass and be considered combat ready.

And up until now both genders in the Army were required to take the test and pass on the same merits.

Well now that’s about to change as it was reported by the Pentagon that about 65% of all female soldiers fail the Army Combat Fitness Test.

And as a result the Pentagon is seriously considering lowering the standards of physical combat readiness to accommodate the failing scores.

Their previous investigations have found that women score better if they change certain requirements for the test.

For example, women can do a two minute plank instead of a leg tuck.

What could go wrong in lowering the standards of our military’s physical fitness requirements in pursuit of equality?