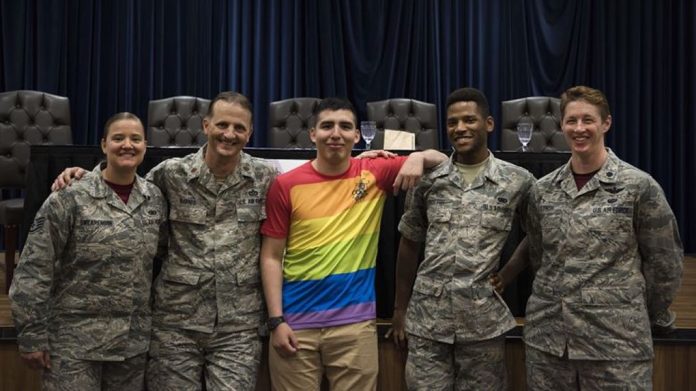 The Obama administration used the military more for social experiments than to defend America.

Once Trump got into office, he swiftly put an end to that.

Now two transgenders went on national TV and you won’t believe what they said about our Commander-In-Chief.

During the Obama administration, providing sex change operations for trans military members was given the green light.

Obama even directed the military to cater to any and all needs for their “gender reassignments.”

That’s all about to end.

Trump has reinstated a ban on transgenders in the military in order to ensure our troops are battle ready.

But the Left is furious, and they’re taking to the national media’s airwaves to attack Trump.

The View hosted two trans women military members on Wednesday in order to get their personal accounts on President Trump’s impending trans military “ban.” The segment obviously was sympathetic to the pair, felt the U.S. armed forces should cater to their gender reassignment needs, but like most View segments, it turned into another attack on the president’s shocking “textbook definition of ignorance,” that amounts to “baseless discrimination.”

Both Staff Sgt. Patricia King and Capt. Jennifer Peace had undergone transitional procedures to become females during their respective 20- and 15-year stints in the military (King was famously the first transgender woman to have undergone surgery while in active service). They were there to argue that the social experiment of introducing mentally unstable individuals into the armed forces is the same fight as blacks had in joining almost a century ago, and women a short time later.

None of these items have anything to do with our national security.

The truth is, the Left does not care about what is good or bad policy for our armed forces or national defense.

All they want is to use the military as a public battleground for their radical LGBT agenda.

Do you agree with President Trump’s ban on transgenders in the military?