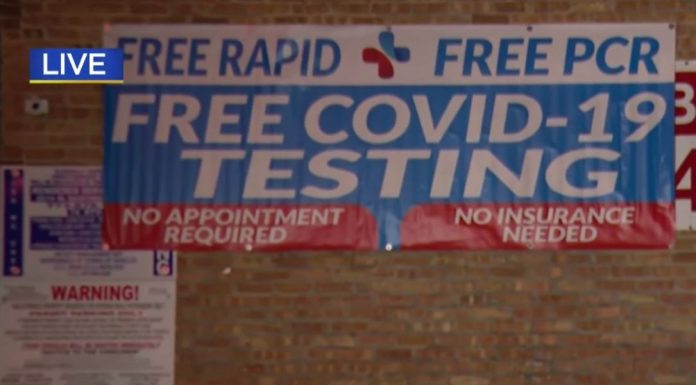 And two Center for COVID Control officials went on social media and spilled a jaw-dropping truth about testing.

Joe Biden’s been spending money on COVID like a drunken sailor.

And you had to know somebody is making bank on so called “free” tests.

But you won’t believe the luxury lifestyles your tax dollars are supporting.

You helped buy Lamborghinis and a Ferrari for two Biden-boosted “COVID money” millionaires.

Taxpayer money paid for at least two Lamborghinis, a Ferrari Enzo, a Ford GT, and an over-the-top mansion on 3.65 acres before the government started investigating consumer complaints into a COVID testing company.

In all, a business named “the Center for COVID Control,” got $124 million in funding from the federal government.

No doubt, Biden helped the company with 300 locations nationwide get even more business in December when he addressed the nation in December.

“Just enter ‘COVID test near me’ in the Google search bar and you can find a number of different locations nearby where you can get tested,” Biden said.

Many of those Google searches undoubtedly landed Americans in line at a Center for COVID Control location—even though the federal government knew it had major lab issues back in November.

At least 400,000 tests were handled incorrectly—especially shocking since the government is paying up to $100 for each test processed.

Now the couple behind the company — Syed and Aleya Siyaj — are likely regretting all the flexing they did on social media including showing off their new mansion with a circular drive that makes the White House look like small potatoes.

“CCC was founded to meet a critical market need to establish testing centers where COVID tests could be provided to patients rapidly and safely to minimize delay, and let people get on with their daily activities,” Siyaj said in a statement

But what will floor you is that they were even picked to get millions in federal funding in the first place.

You’d think the federal government would look for some sort of relevant experience when screening people who get huge handouts as government contractors, but at age 29 Aleya is a former wedding photographer while her husband, at age 35, is most notably the owner of a failed donut shop.

It’s beyond obvious, federal bureaucrats are more concerned with forcing the American public to jump through hoops rather than collecting accurate scientific medical information.

Of course, the Siyajs’ big pay day is nothing compared to what Big Pharma executives and billionaires like Jeff Bezos are making off the pandemic.

It’s tough to track down exactly how many billions or trillions Biden is spending on the pandemic, but the World Health Organization pegs the global cost of the pandemic so far at around $11 trillion.