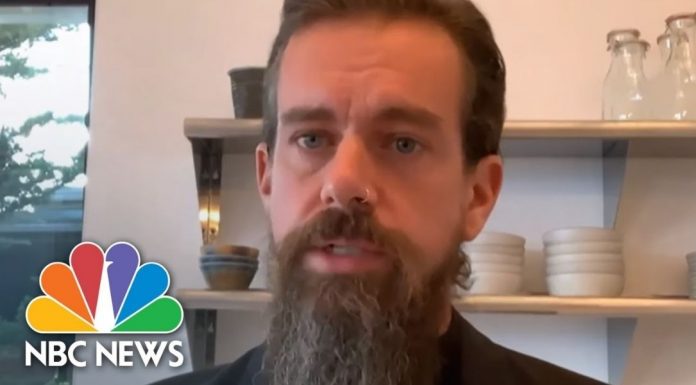 Unless you’ve been living under a rock, you’re aware that Big-Tech has been in the pocket of the Democrats for years now.

The major social media platforms are in the business of blocking and censoring anything they think might harm the Democrats’ chances at complete and total control.

But now Twitter’s CEO announced this regret about a day late and a dollar short.

Infamous Twitter CEO Jack Dorsey announced that the company’s decision to block a story by the New York Post about the scandal-plagued Hunter Biden in the run-up to the 2020 election was a “total mistake.”

Dorsey, however, failed to say who was actually behind the suppression of the article or whether or not they faced disciplinary actions.

The New York Post had tweeted a bombshell story leading up to the contentious 2020 Presidential election that exposed Hunter Biden’s drug abuse and the Biden family’s dangerous ties to China.

But the story was quickly censored by Twitter and users were barred from retweeting or even direct messaging the story to other users.

There is no doubt that the story could have really hurt Joe Biden’s chances at winning the Presidency.

Given that the left was doing everything in their power to defeat Donald Trump, Big Tech felt the story had to be stopped and their pals in the Fake News Media were more than happy to ignore it.

In a Congressional hearing on misinformation and social media last week, Republican Representative Steve Scalise asked Dorsey if anyone is being held accountable for the supposed mistake.

“Their entire account to be blocked for two weeks by a mistake seems like a really big mistake. Was anyone held accountable in your censoring department for that mistake?”

Dorsey deflected, by nitpicking over Scalise’s question sneering, “Well, we don’t have a censoring department,” and proceeding to clarify the outlet’s ban on the social network.

Previously, Dorsey admitted that locking the New York Post out of its Twitter account and prohibiting users from sharing the outlet’s Hunter Biden story was an error.

“We recognize it as a mistake that we made, both in terms of the intention of the policy and also the enforcement action of not allowing people to share it publicly or privately,” Dorsey said at a Senate Judiciary Committee hearing in November 2020.

Scalise went on to say that Twitter’s “inaction” toward the falsehoods targeting Trump speaks to the long-suspected “bias” of the company.